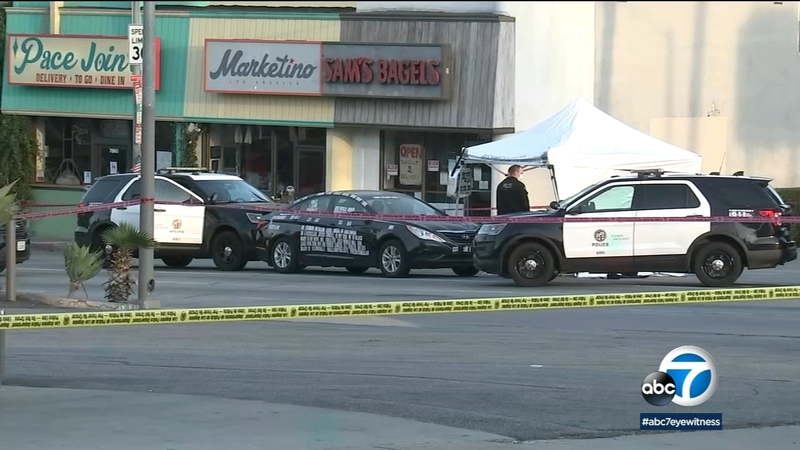 HOLLYWOOD, LOS ANGELES (KABC) -- Los Angeles police said officers shot and killed a man wearing body armor in Hollywood Saturday after he backed his vehicle into a police car and confronted the officers.

The shooting happened around 2:30 p.m. after officers who were responding to a call were cut off by a vehicle in front of them on Sunset Boulevard near Fairfax Avenue, according to the Los Angeles Police Department. The driver of that car "stopped suddenly" and backed into the police car, authorities said.

Police say the man got out of his car wearing body armor, with one hand behind his back.

"The officers gave him commands, which he did not follow, and he started counting down, saying 3..2..1. He started to pull his right hand from behind his back out to the front and at that time, there was an officer involved shooting," said LAPD Detective Meghan Aguiar.

The man was struck by the officer's gunfire and was pronounced dead at the scene. He has not been identified.

A man heading to the movies at the time saw the moments leading up to the shooting.

"They said put the gun down and that's it. The next you know, bam, bam, bam - four times," said Carlos Sanchez.

The man's car was covered in writing with some religious references. Detectives were working to get a search warrant to look inside for more evidence.