LAPD says two men were arrested in connection to the attack, and a third suspect is sought.
KABC 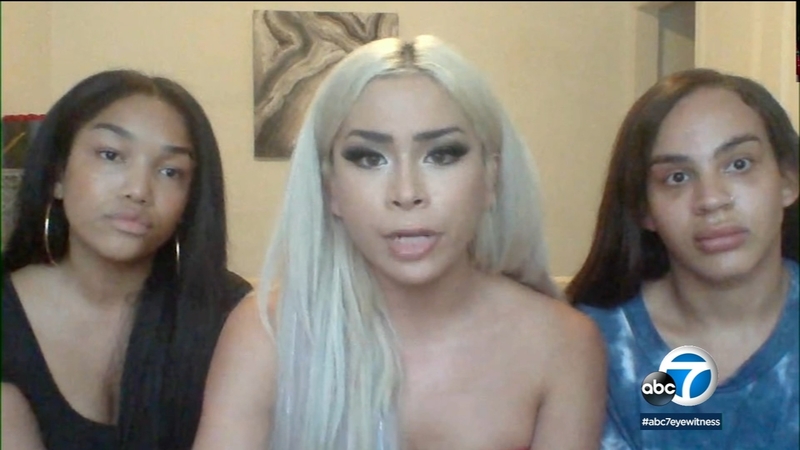 2 arrested in attack on transgender women in Hollywood

HOLLYWOOD, LOS ANGELES (KABC) -- Los Angeles police on Thursday said two men were arrested in connection to a frightening attack on three transgender women in Hollywood that was captured on video and streamed live as it was happening.

Police said the incident happened near the 6500 block of Hollywood Boulevard Monday at about 2:15 a.m.

Carlton Callway, 29, was arrested Thursday and Willie Walker, 42, was arrested Wednesday in relation to the robbery and hate crime, LAPD said.

A third suspect, 22-year-old Davion Williams, is accused of assault with a deadly weapon and is still sought.

"We believe these crimes were motivated by hate because the victims were transgender women and derogatory remarks were made by the suspect about the victims," LAPD Deputy Chief Justin Eisenberg said at a press conference.

The two arrests come after police said they started to receive tips. The incident was captured on video and streamed live, going viral within the first 24 hours.

"I found these crimes to be especially disturbing. There's no place for hate like this anywhere," LAPD Capt. Steve Lurie said.

A hate crime suspect is sought by Los Angeles police after a frightening attack on three transgender women in Hollywood was captured on video.

Eyewitness News spoke to the women - Eden Estrada, Jaslene Busanet and Joslyn Allen - the day after Monday's incident. The three have huge followings on Instagram.

Estrada says they were waiting for an Uber when a man who had been hassling them earlier while shopping came back and stole her phone.

While they tried to retrieve it, they said other men started gathering around and shouted at them. They were called slurs.

The three - who asked to be identified as women who happen to be transgender - said they feared for their lives.

Police allege a suspect returned with a metal bar and robbed Allen.

"The man had approached me with a crowbar and he's like 'Give me your shoes, give me your bracelet,''' said Allen.

"He literally grabs my hand and pulls me. He's like 'We're going to find your friends because I'm going to beat y'all up,'" Allen added.

Soon after Busanet was hit in the back of the head, knocking her to the ground.

"I just collapsed to the floor," Busanet said.

Bystanders recorded the attack and laughed as the women plead with them to call 911.

"There were men saying 'Oh, she's dead,' laughing at me," Busanet said.

"This happens all the time to trans people and the only reason this is out there is because of us being on social media," Estrada said.