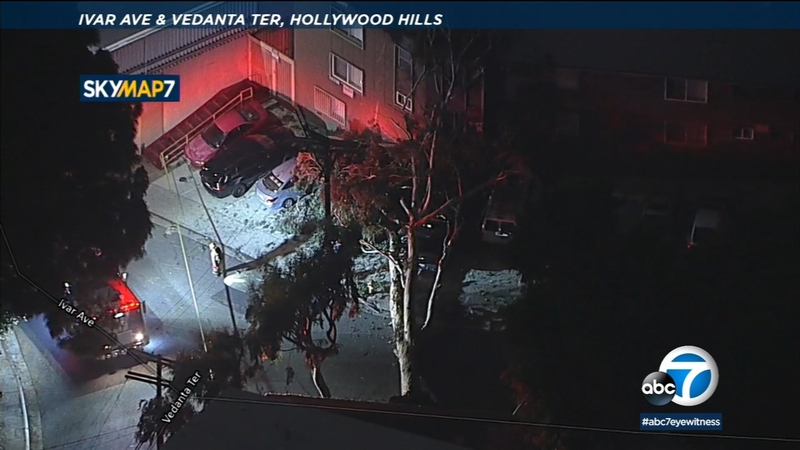 HOLLYWOOD (KABC) -- A large tree fell onto an apartment building in Hollywood early Wednesday morning, prompting its residents to be evacuated as crews worked to fix the damage.

The incident was reported around 4:30 a.m. at the building on North Ivar Avenue. The tree also hit a power pole and some parked cars on the street.

AIR7 HD was over the scene where residents could be seen standing outside of the evacuated building.

No injuries were immediately reported and the extent of the damage has not been determined. It's unclear what caused the tree to crash down.

Shortly before 8 a.m., the power lines were de-energized and residents were allowed back in the building.