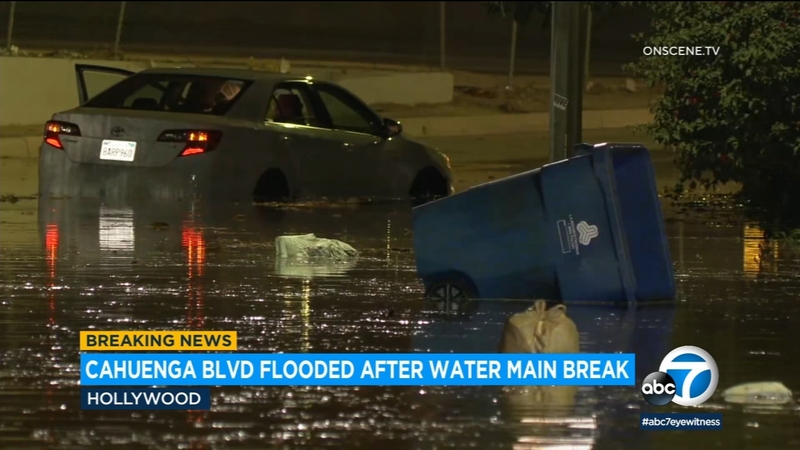 The Los Angeles Fire Department responded to the 2300 block of Cahuenga Boulevard around 1:30 a.m.

The main that burst is a 12-inch cast iron that was installed in 1931, according to Steve Bruck with the Los Angeles Department of Water and Power. Officials say there was another break about a quarter mile away on the same water main last month.

The main has since been turned off, but crews then had to contend with a clogged drain, prompting a stretch of Cahuenga to be closed due to the extensive flooding.

The extent of damage to affected properties was not immediately clear, but residents in the area expressed frustration that it happened again.

"I'm not too sure what's going on with this area, but they need to invest some money to fix it because every week there's some type of problem," she said.