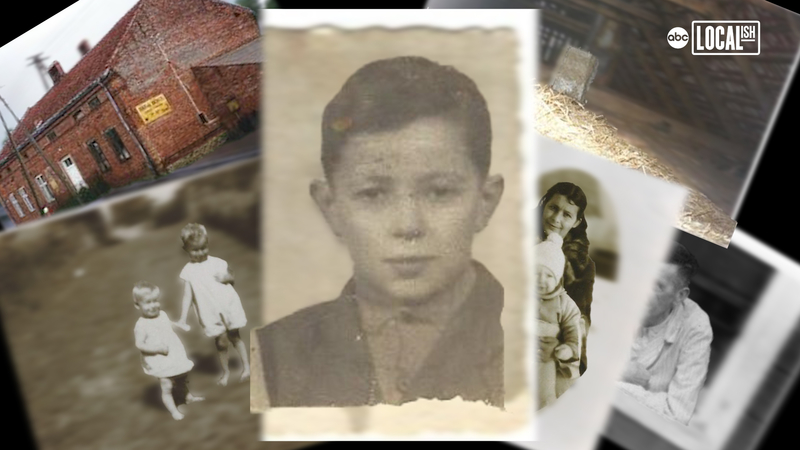 Holocaust survivor shares his story with local kids in NJ

LIVINGSTON, New Jersey -- After disturbing images and video emerged from the siege on the Capitol, the family of a Holocaust survivor in New Jersey is pushing for more schools to include lessons on the Holocaust.

Among the images from the riots was a man in a shirt that said Camp Auschwitz.

New Jersey Gov. Phil Murphy said he shares the outrage that so many are feeling after seeing the shirt.

"To anyone who has not spoken out against this - this is who you are standing with," Murphy said. "Anti-Semitism is alive and well and runs deep."

After seeing anti-Jewish hate shirts during the events at the Capitol, Isabella Fiske and her sister Ann Arnold are reminded why it is so vital for their father to tell schoolchildren his Holocaust survival story.

He has fought hate and ignorance his entire life.

"Thanks to the good people I am sitting here today," Holocaust survivor Mark Schonwetter said.

Schonwetter was only 7 years old when he, his little sister, and mom started to hide from the Nazis in Poland.

They hid in the forest, in a barn attic, and under a pigpen.

"It was horrible," Schonwetter said. "We stepped in and laid down in the dirt and he brought wood to put over us and then hay and then the pigs."

Schonwetter, his sister Zusha and his mother Sala were able to survive through the winter like that, but his father, Israel, was murdered - which his mother learned after seeing a friend wearing her husband's shoes.

That friend took those shoes from the side of a mass grave he and other men were forced to dig at gunpoint by the Germans.

All of this history is why the family started the Mark Schonwetter Holocaust Education Foundation.

"We should raise money for reading materials and we should bring in speakers like my father and set up field trips, even virtually, for children," Arnold said.