According to the LAPD report, Echo Park needed more than $700,000 worth of repairs.
KABC
By Sophie Flay 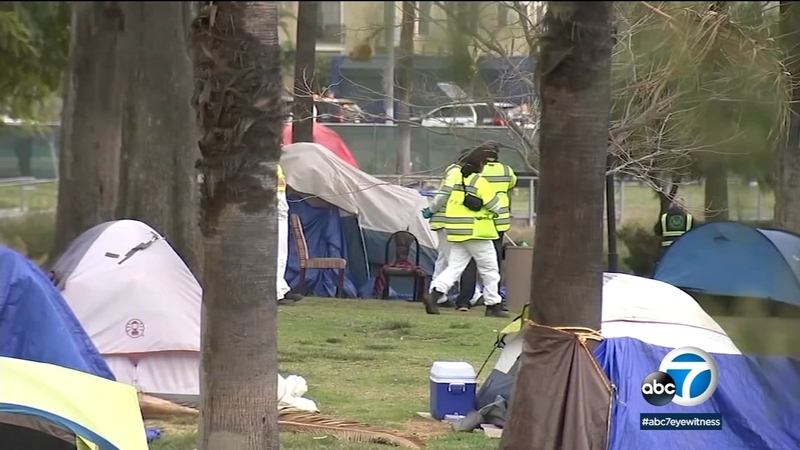 The park was fenced up and closed down in March. At the time, activists took to the streets saying they wanted to protect those experiencing homelessness.

"It was handled poorly. I think most of the things that have to do with homelessness are handled poorly in the city," said homeless advocate Albert Corado.

The report stated more than 180 people were arrested for failure to disperse.

"Throughout the planning of the closure, the department made it clear that the police were not there to conduct an eviction," said LAPD Captain Alfonso Lopez.

The report stated that closing the park was the last resort.

"I would disagree with them calling this their last resort. This was their first resort, get rid of the problem rather than address it," said David Busch-Lilly who lived at Echo Park Lake.

According to the report, the park needed more than $700,000 worth of repairs. But those living at the lake were not willing to leave.

In a matter of days, more than 200 people living at the lake were placed into temporary housing and shelters.

"With the park clear, city workers from sanitation and recreation and parks were able to enter the park to begin renovation," said Lopez.

It now locks from 10:30 p.m. to 5 a.m. When asked about keeping the fence up permanently, City Councilmember Mitch O'Farrell said the following in a written statement:

"There is an informal but ongoing dialogue, led by the Echo Park community, regarding the possibility of permanent fencing at Echo Park Lake. That conversation will continue, and I encourage nearby residents to make their voices heard to my office."

The LAPD report made it clear that the park closure was thoroughly planned and not a last-minute decision though there was little notice given.