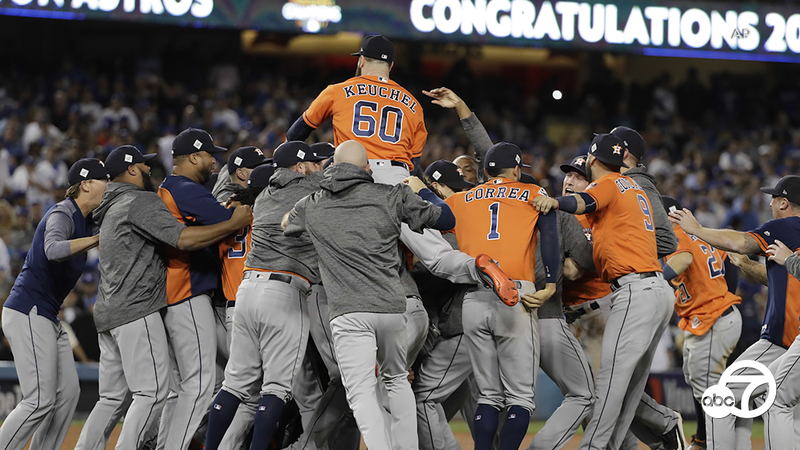 Major League Baseball has expanded its investigation into the Houston Astros after a report claims they stole pitching signs during home games in 2017 - the year they beat the Dodgers in the World Series.

A report from "The Athletic" cites former Astros pitcher Mike Fiers and three other unidentified people with the club. Houston is accused of stealing signs by using a camera positioned in center field, and team employees or players would allegedly communicate expected pitches by banging a trash can to signal off-speed pitches.

The Astros say they've started an investigation in cooperation with MLB.