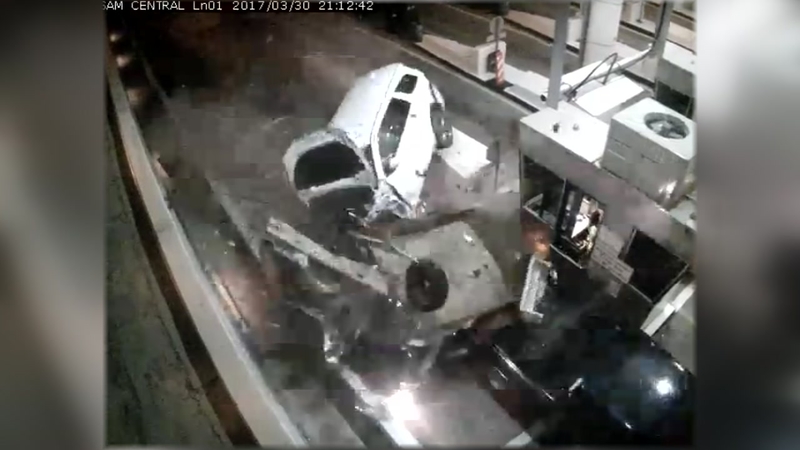 Investigators said the driver of a white Dodge Durango that smashed into a Buick at high speed appeared to have had a medical issue.

The driver of the Buick was killed when the crash sent their vehicle into the back of a pickup truck on the West Sam Houston Tollway.

The Buick was nearly indistinguishable after the violent crash left a trail of shattered glass and twisted metal around the tollbooth where the three vehicles were stopped overnight.

Authorities said a truck with a small utility trailer was paying a toll when a brown Buick pulled up behind it.

The driver of the Dodge was taken to the hospital with unknown injuries. Their condition was not released by officials. The pickup truck driver was shaken, but not injured, according to authorities.

The woman who was working in the tollbooth when the crash happened was treated for a minor injury, investigators said.

Earlier in the evening, investigators said the driver of the Dodge was moving erratically at a high rate of speed as it approached the Central Plaza in the EZ Tag lane.

That's when officials said the Dodge crossed over all lanes and hit the back of the Buick sedan. As a result of their investigation, deputies said the driver of the Dodge would not be charged.