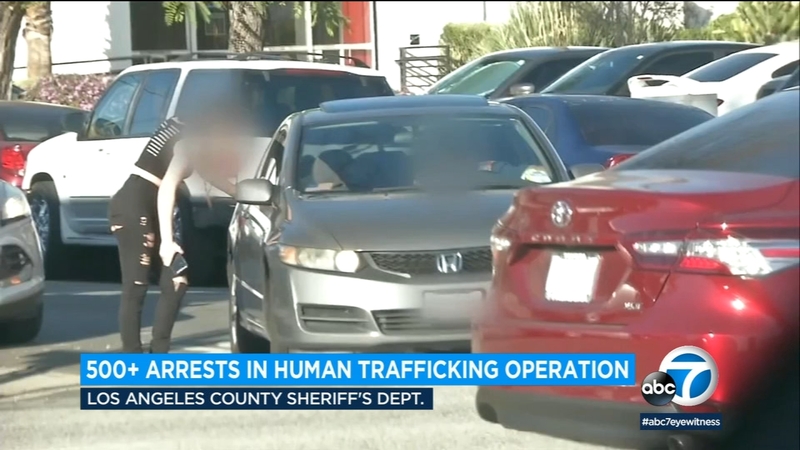 Law enforcement officials made the announcement during a news conference at the Hall of Justice in Downtown Los Angeles.

The charges ranged from prostitution to human trafficking.

Los Angeles County Sheriff Alex Villanueva said, "This just one week, but this is 24-7, 365, all year long, all day long. The sex industry continues going on, continues exploiting defenseless people. So we are here to rescue them."