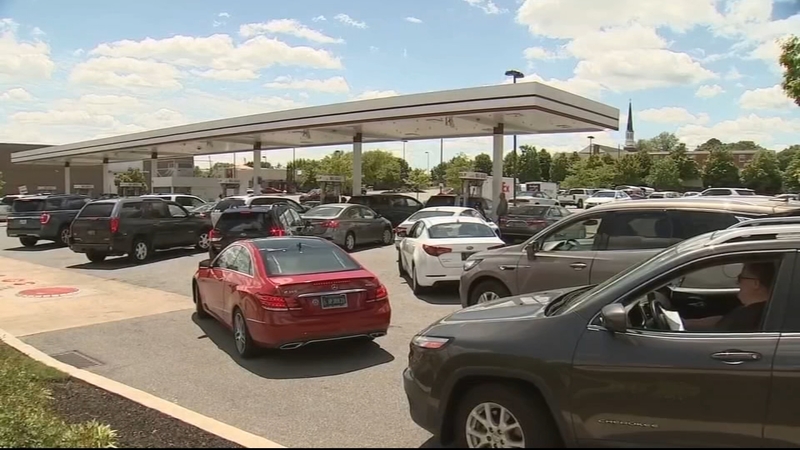 The Citrus County Fire Rescue says the driver of the 2004 Hummer H2 filled up gas cans at a Texaco Food Mart and firefighters responded to the vehicle fire not far from the gas station.

One person, presumably the driver, was injured and refused to be transported to be checked out.

The fire was extinguished in about 10 minutes.

The Florida State Fire Marshal arrived to investigate and the Florida Department of Environmental Protection was also notified to coordinate cleanup of the fuel spill.

"There is no need for anyone to stockpile gasoline. Widespread panic buying could result in unnecessary perceived shortages," Wolf said in a tweet.

The Florida State Fire Marshal's Office will determine the official cause of the fire.

The incident comes after a major U.S. fuel pipeline was hit by a cyberattack, which caused long lines at gas stations in the Southeast due to distribution problems and panic-buying, draining supplies at thousands of gas stations.