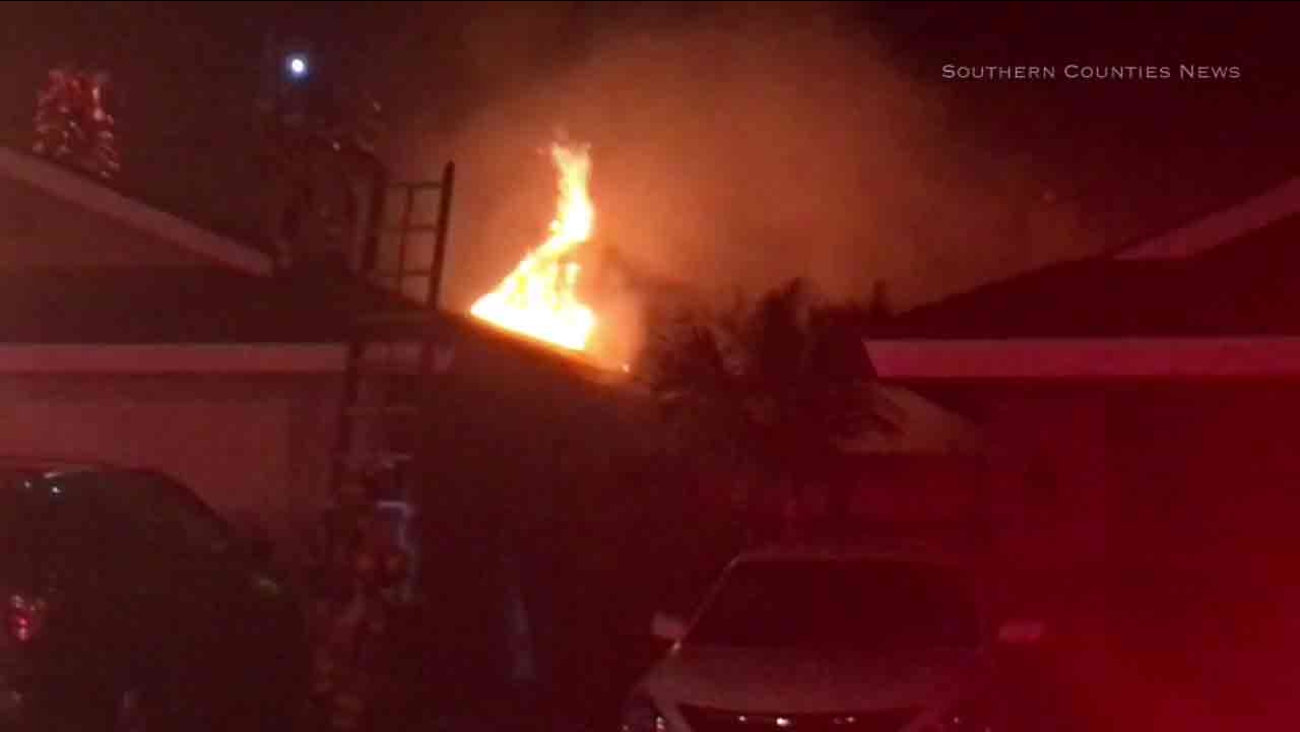 Huntington Beach Fire Department crews and two other fire agencies were called to the house in the 10400 block of Shangri La Drive at around 8 p.m.

Officials said they discovered the man's body while battling the fire, which took about 20 minutes to knock down.

A neighbor, who fire officials said had tried to rescue the victim, was also rushed to the hospital for smoke inhalation, Huntington Beach FD officials said.

The fire spread to the attic and a palm tree in the backyard. The extent of damage to the house was not known, but fire officials said the home was likely a complete loss.