The suspect - who was identified only as a man from Norwalk - refused to listen to officers' commands, according to police.
KABC 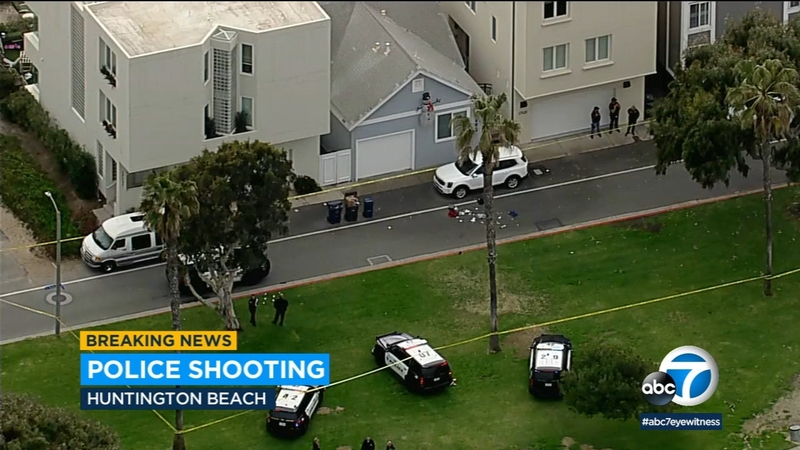 HUNTINGTON BEACH, Calif. (KABC) -- A man accused of shooting a bicyclist in Huntington Beach was shot by police during an officer-involved shooting Monday afternoon.

It happened at around 12:20 p.m. near South Pacific and 7th Street in Sunset Beach.

Police say when officers arrived, they found the man armed with a gun just a few blocks from where the reports were made.

The suspect - who was identified only as a man from Norwalk - refused to listen to officers' commands, according to police.

That's when shots were fired and the suspect was hit. He was rushed to the hospital where he remains in critical condition.

The bicyclist was also rushed the hospital where he remains stable - police say he suffered non-life threatening injuries.

According to an update issued by the Huntington Beach Police Department Monday evening, investigators don't believe the suspect and the bicyclist knew each other.

This afternoon, HBPD officers responded to reports of gunfire in Sunset Beach which resulted in the shooting of an armed man from Norwalk who shot a bicyclist.

"This remains as part of the ongoing investigation," read the statement.

The Orange County Sheriff's Department has since been designated to lead the investigation.