BY THE NUMBERS: Hurricane Harvey hits 6 million Texans with 30+ inches of rain 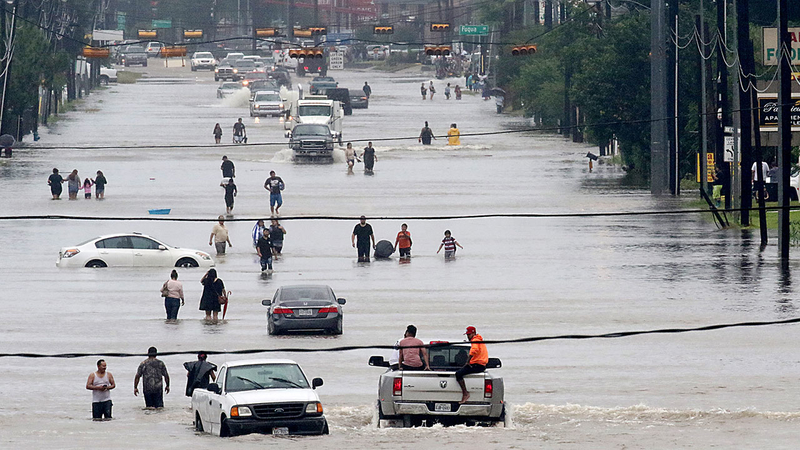 Hurricane Harvey by the numbers

HOUSTON -- Hurricane Harvey has wrecked havoc since it first made landfall on Aug. 25, creating a crisis in Southeast Texas and leaving behind a devastating flood in Houston. The final death toll has not yet been determined.

Here's a look at Harvey by the numbers so far:

3 landfalls: Harvey made landfall not once but three times. First it hit Texas near Corpus Christi on Friday. It inched through Texas before eventually returning to the Gulf Coast. On Wednesday, it made a second and third landfall in western Louisiana.

51.88 inches: Harvey lingered in Houston and the surrounding area for days, dumping feet of rain in most places. Cedar Bayou's preliminary total was 51.88 inches. This sets a record for tropical cyclone rainfall in the continental U.S.

6 million Texans: The area where the most rain was dumped is densely populated. It's estimated that 6 million Texans were impacted by 30 inches or more of rain.

185,149 homes: According to the latest estimate from the Texas Division of Emergency Management, 185,149 homes were either damaged or destroyed by Hurricane Harvey and the resulting flooding. That number is expected to rise.

THE RESCUE
More than 13,000 people have been rescued in the Houston area, and an estimated 42,399 people were in shelters in Texas as of Friday.

1.9 million: As part of FEMA's relief efforts, more than 1.9 million meals have been distributed in Texas.

$125 billion: Estimates predict the damage in destruction and lost output could reach $125 billion. By comparison, Katrina's damage was about $110 billion. Surpassing Katrina would make Harvey the costliest hurricane in U.S. history.