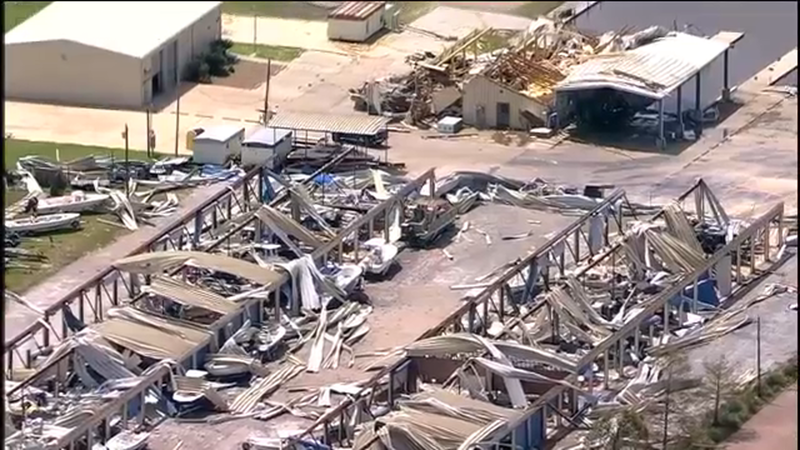 2020 has been a record year for hurricanes in the US

Hurricane Delta's landfall in Louisiana made it the tenth named storm to hit the United States this year, breaking the record set in 1916.

Delta was the strongest Greek alphabet named Atlantic hurricane on record and the third hurricane that reached Category 4 status in the 2020 season. Hurricanes Laura and Teddy were the other two.

Louisiana has the ominous honor of its own record by having four named storms visit the state this year: Tropical Storm Cristobal, Hurricane Laura, Tropical Storm Marco and Hurricane Delta.

SEE ALSO: Delta weakens after landfall in Louisiana, all clear in Texas

AccuWeather's team of forecasters revised their earlier predictions for this hurricane season to 28 named storms, which would tie the record from 2005.

That year saw 15 hurricanes, seven of which were major. This includes Hurricane Katrina, which killed more than 1,800 people and was the costliest natural disaster in United States history. Just weeks after Katrina, Hurricane Rita hit the Texas Gulf Coast as a Category 3 storm. More than 1.3 million people in Texas and Louisiana were evacuated, with many stuck on the roads for hours and hours in gridlocked traffic. About 100 deaths were blamed on the evacuation ahead of the storm.