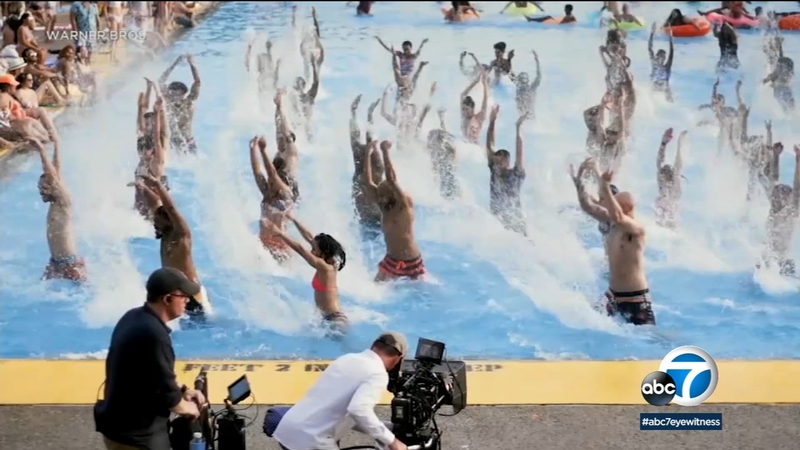 Return of Hollywood red carpet with new movie 'In the Heights'

HOLLYWOOD, LOS ANGELES -- For the show biz world, it's a step in the right direction as we head into summer: the return of the red carpet, with a film festival and the premiere of "In the Heights" kicking things off in Hollywood.

Leslie Grace is one of the stars of the big summer movie musical.

The film's special preview screening was part of the Los Angeles Latino International Film Festival. Actor Edward James Olmos is one of the founders of LALIFF.

'There's going to be 350 people in there. That's all they will allow us. But this is the very first Hollywood premiere since the pandemic started," said Olmos.

Six filmmakers from underrepresented backgrounds make up the freshman class of a new Disney inclusion initiative called "Launchpad." The goal of "Launchpad" is to diversify the types of stories that are being told in the entertainment world.

The people involved with the film are thrilled to see it on screen in Hollywood.

"People needed movies, and to come back to this, a big musical, celebrates culture, it celebrates families and communities. What else could you ask for?" said director Jon M. Chu.

"Overall, this movie hired over 200 dancers. When you see the credits, it looks like an Avengers movie with the stuntmen. And it's just dancer after dancer," said choreographer Christopher Scott.

"This is bringing together the Latin experience in the American culture and this new generation is bringing it with an electrifying force!" said actress Wanda de Jesus.

The movie has lots of music, and lots of moves. It's based on the stage musical by Lin-Manuel Miranda, who's also in it. So is veteran star Jimmy Smits, who tries his hand at something different: he's now a song and dance man.

"I got to check the little box off on my artistic bucket list. That's the way I look at it," said Smits.

"In the Heights" is in theaters June 11.