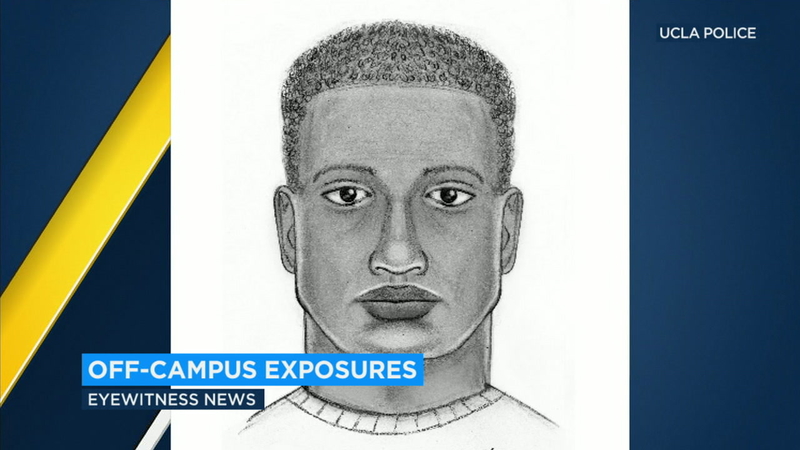 WESTWOOD, LOS ANGELES (KABC) -- Police on Tuesday released a composite sketch of a man being sought after he repeatedly exposed himself to UCLA students near the Westwood campus.

According to the university's police department, four known "flashings" were reported between Aug. 30 and Oct. 24 in the area of Midvale Avenue between Strathmore Drive and Gayley Avenue. The incidents were said to have occurred at various times of day.

The suspect was seen driving different vehicles in separate incidents, including a silver 2016-18 Volkswagen Passat; a silver extended-cab pickup truck, possibly a GMC or Chevrolet; a red four-door sedan; and a gray BMW.

The man is described as black, 20-35 years old and clean-shaven with short black hair. He was wearing a T-shirt and sweatpants or shorts.