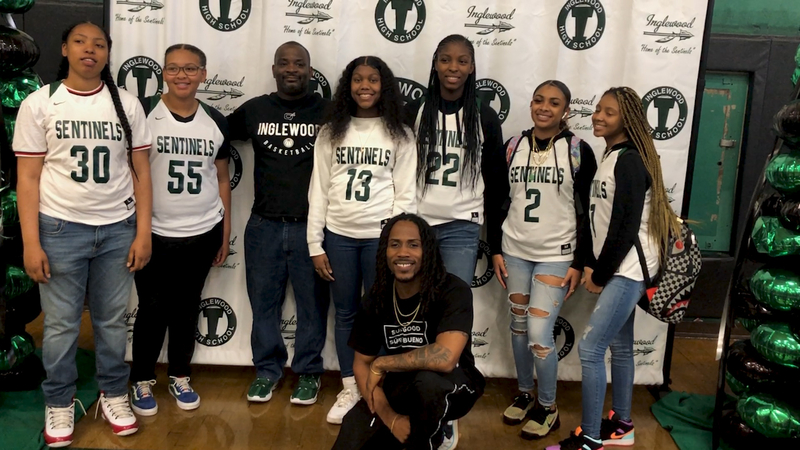 "I have to get use to D Smoke. I'm use to Daniel," Debbie Tate Inglewood High School Principal said.

"I hope to inspire the younger generation to see that, and it sounds cliché, but anything's possible, you know," Farris said.

The Inglewood native is also fluent in Spanish and he says when he raps in Spanish, he's doing it to reflect his multi-cultural experience while at Inglewood High.

"I rap in Spanish, not solely because I feel like people will respond to it," Farris said. "But because it's true to the city of Inglewood."

When Daniel graduated Inglewood High, he had over a 4.1 cumulative GPA. He takes academics very seriously, which is why he's offered ten $1,000 scholarships to the students of Inglewood High School.

"He's always been wonderful," Tate said. "He's been one of those students that you just wish you had a hundred of them."

Ricardo Williams, a junior at Inglewood High says Farris gives the him and the other students someone to look up to.

"For him coming back and showing love for Inglewood," Williams said. "And representing it and showing that he's still a person, still a human amongst his own people, it shows a lot."

By returning to his old high school as a special guest for their winter pep rally he's hoping to inspire as many young people as he can and senior Valerie Velasquez said he did just that.