With the new SoFi Stadium in town set to host Super Bowl 56, more eyes are on Inglewood than ever before.
KABC
By Ashley Mackey 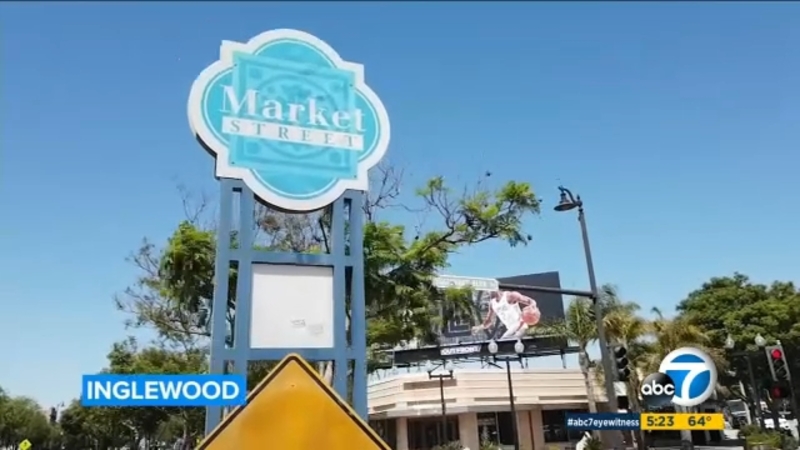 The history and legacy of Inglewood

INGLEWOOD, Calif. (KABC) -- Incorporated in 1908 and filled with history, Inglewood, also known as the City of Champions, can be described in so many different ways.

With the new SoFi Stadium in town set to host Super Bowl 56, more eyes are on the city than ever before. Inglewood mayor James Butts said the economy is up, property values have tripled since 2012.

"Our residents now have something they didn't have before," said Butts. "The ability to accumulate generational wealth."

"We're in the middle of a renaissance," said Terry Dulan, owner of Dulan's Soul Food and Kitchen, a restaurant that's been in Inglewood since 1999. "You have the Forum, which is the number two concert venue in the country, I believe and we have new businesses springing up on Market Street."

Market Street used to be the heart of downtown Inglewood, booming with different businesses. When the Lakers left in 1999, community members in Inglewood said it devastated the area. However, now, they said now they see the difference the last few years has made.

"Now, not only have we resurrected our sports entertainment profile, we truly are now again the City of Champions," Butts said.

"To see the regeneration of or a rebirthing of the city and we're in the midst of it, we can see the changes," said Trevor Graham, owner of In the Cut Barbershop. "Whether it be with regards to development, or the other major changes."

Graham has been the owner of Inglewood barbershop since 1995 and saw firsthand the effect the Lakers leaving had on the community, businesses especially.

"A few years after the Lakers had gone, it seemed as though it was decaying," Graham said. "Inglewood is pretty much a small business town, but to see big businesses leave or shut down, that's kind of disparaging."

Along with SoFi Stadium and two NFL teams, Inglewood still has the iconic Forum but it's also become the new home of the LA Philharmonic's Youth Orchestra of Los Angeles, the new YouTube Theater, the Girl Scouts of Greater Los Angeles and they've recently broke ground on a new Clippers arena.

However, not everyone is happy with the all the new additions. For some, the changes sparks conversations about gentrification.

"You want to see the investment to make things better," Dulan said. "So that part is good, but you still have to be sensitive to the pressures it puts on some people in that community."

At the moment though, the city's focus is on Super Bowl.

"We have the opportunity to at least market," Graham said. "So, we'll plant the seeds of a good experience for those that are visiting during the times of the Super Bowl."

"Inglewood is in a period of growth and we have to see where that takes us," Dulan said. "So, it's times are changing, but I'm excited for the changes."