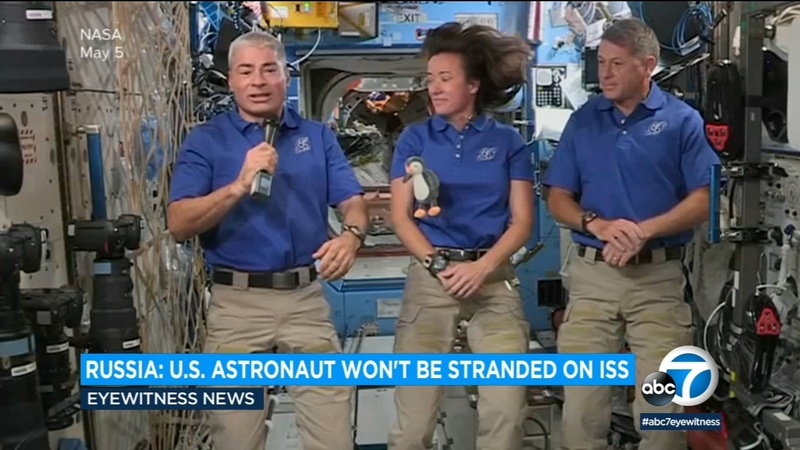 Russia will not leave NASA Astronaut Mark Vande Hei behind on the International Space Station, according to Tass, the Russian state-run news outlet.

Vande Hei will return to earth with the other astronauts on Russia's Soyuz Spacecraft on March 31.

Tensions between the U.S. and Russia over its invasion of Ukraine rose last week.

The head of Russia's space agency made several social media posts appearing to threaten to leave Vande Hei in space.

"All these activities have continued for 20 years and nothing has changed in the last three weeks," said NASA International Space Station program manager Joel Montalbano.

The head of the Russian Space Agency posted a video on social media threatening to abandon U.S. astronaut Mark Vande Hei at the International Space Station.

Montalbano says the Americans and the Russians are interdependent on each other, in space.

NASA flight engineers will conduct a spacewalk Saturday to upgrade solar arrays, which convert energy to electricity on the space station.

Vande Hei still could have made it home on a SpaceX Crew Dragon spacecraft, officials say.