'Into the Woods': Enchanted world takes over Hollywood Bowl with musical 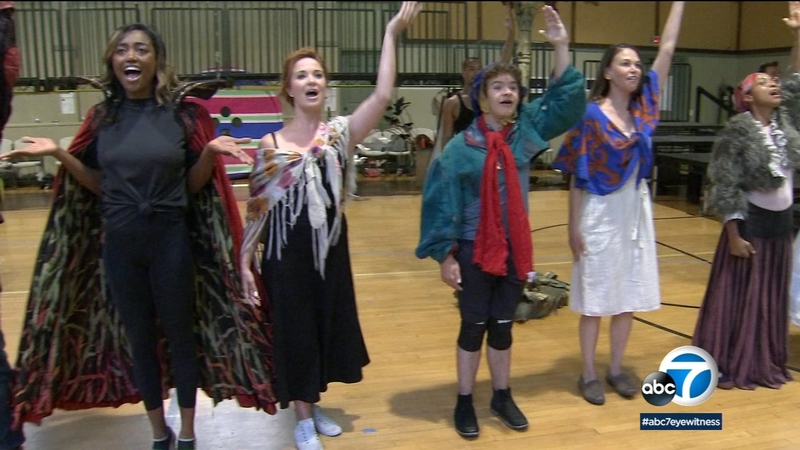 HOLLYWOOD (KABC) -- This weekend, the Hollywood Bowl will welcome Cinderella, Little Red Riding Hood, Rapunzel and several handsome princes to the stage. For its 20th full summer Broadway musical, we'll see magic, curses, wishes and dreams with the classic "Into the Woods."

"There's something kind of bigger than life about it," said Skylar Astin, who plays the Baker. "As a performer, there's no acoustics. You kind of just perform it and it's a real lesson just in trusting."

"There are people in this cast that I have admired for so long," said Tony winner Sutton Foster, who plays the Baker's wife. "And we've just never had the opportunity to work together. So it's been a real joy."

Tony winner Patina Miller will put a spell on the audiences, playing the Witch. She's thrilled to be associated with such an iconic show, and playing with such a diverse ensemble.

"I have only dreamt to be in a company, in an environment, doing a show where everyone is represented," said Miller.

"It feels like a theater summer camp," joked Gaten Matarazzo, who plays Jack. "And at the end we're performing at the Hollywood Bowl."

With such well known music and an audience that loves show tunes, I wondered if the stars would want to hear the crowd singing along at the classic outdoor venue.

"If they're doing it well, it would be phenomenal," laughed Chris Carmack, who plays Rapunzel's Prince.

"I'll take all the help I can get," added Cheyenne Jackson, who plays Cinderella's Prince and the Wolf.

"Let's just have full on karaoke!" said Shanice Williams, who plays Little Red Riding Hood. "Why not? Everybody loves 'Into the Woods.' I'm down for it!"