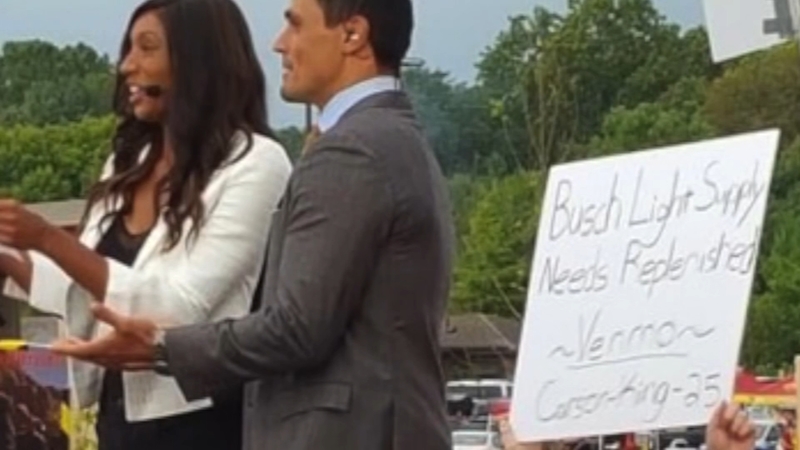 A college football fan in Iowa turned a joke into a serious effort to help sick children.

Carson King wanted to see if a well-placed sign on a national stage could get him a few bucks for beer.

During the ESPN pre-game show for the Iowa State University football game over the weekend, he held up a sign requesting money for his Venmo account so he could buy a few brews.

"I had people from Texas, Idaho, California, Massachusetts. A lot of Clemson people donated. I guess they like Busch Light, too," said King.

Carson said he immediately called his parents, and they came up with a plan.

He kept enough money for a case of beer and plans to send the rest to the University of Iowa's Children's Hospital.

King has received more than $36,000 from people around the country. He said he will keep his Venmo account open through the end of the month and will then bring the donation to the children's hospital in person.

We see a lot of great stories, but this is one of our favs @CarsonKing2. Count us in for matching the donation to the hospital, too. #ftk💛@BuschBeer @CollegeGameDay https://t.co/thS8JXOXC3