Firefighters extinguish blaze at seafood market in Irvine; no injuries 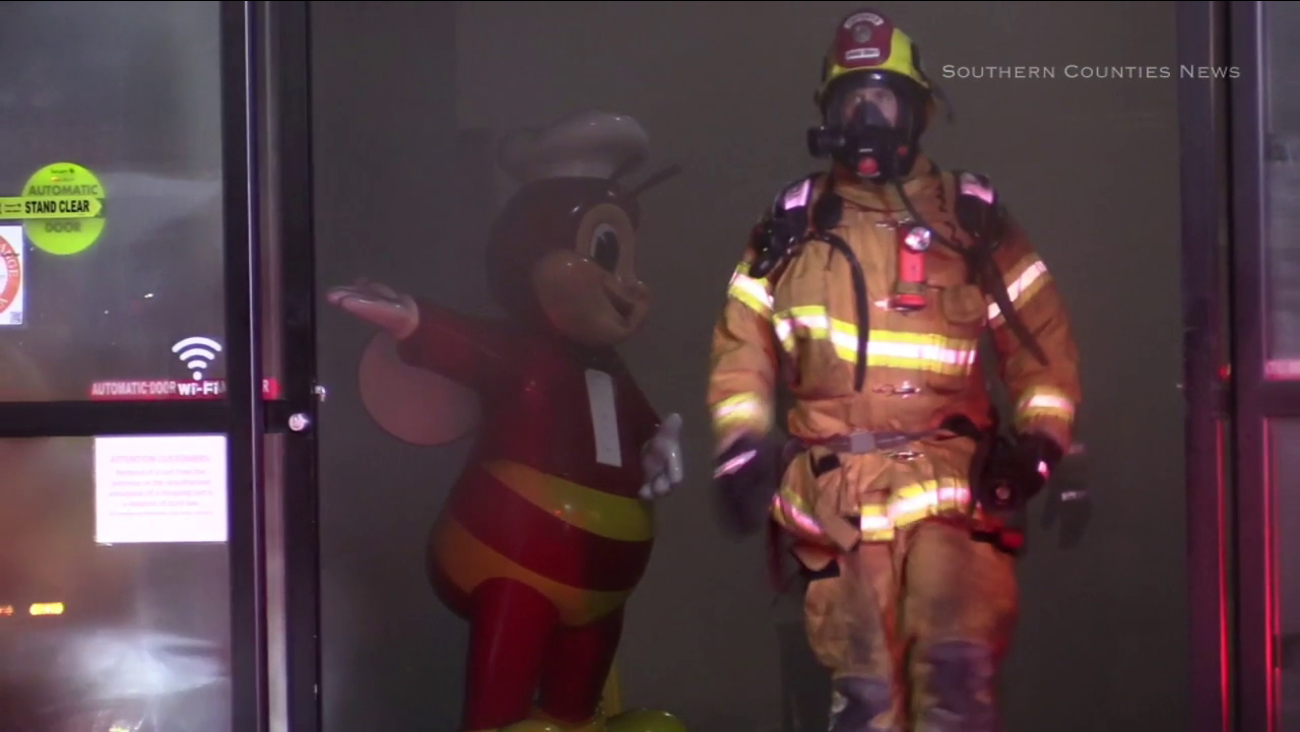 Firefighters responded to a fire at a seafood market in Irvine on Friday, June 2, 2017. (Southern Counties News)

No one was injured in the blaze, which began shortly before 4 a.m. at Seafood City in the 2100 block of Barranca Parkway, said Capt. Larry Kurtz of the Orange County Fire Authority.

According to the captain, no customers or employees were inside the business when flames erupted near some display freezers.

OCFA personnel arrived to find heavy smoke emanating from the structure. Thirty-five firefighters knocked down the blaze within 15 minutes.

Fans were set up to blow the smoke out of the store, Kurtz said, and county health officials were expected to determine whether the food items could still be sold.