California Dreaming: Best and brightest on task to keep Highway 1 beautiful and open

The Pacific Coast Highway is nestled right along the California coastline, but that also creates struggles.
KGO
By Dustin Dorsey 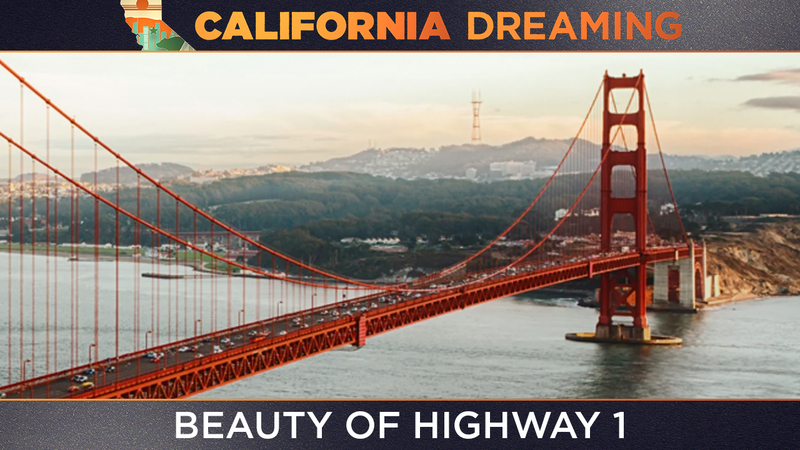 Top minds on task to keep Highway 1 beautiful and open

BIG SUR, Calif. -- California has many unique landmarks, but none that quite captures the beauty of the state from north to south more than Highway 1.

It is one of the few places in the United States that you can literally drive along the edge of the continent.

However, while its location adds to its beauty, it also creates struggles.

RELATED: More people leaving California than moving in: Is the California Dream dead?

Highway 1 has been closed numerous times since its inception due to landslides washing out the road and land around it.

Thankfully, California has some of the top minds on the job to keep the road open as a gateway between Northern and Southern California.

"Highway 1 is one of the world's iconic road trips, it's really unparalleled," Visit California Vice President of Communications Ryan Becker said. "Highway 1 begins in Orange County, at Capistrano Beach and then runs north all the way through Malibu where it's better known as the Pacific Coast Highway. Then there is Hearst Castle. I've got young children, and it's one of those places that when I told them there was a castle in California, they were blown away. Highway 1 crosses the Golden Gate Bridge, one of those, again, world icons that California is so well known for. Finally, it continues all the way up into Mendocino County. The heart of Highway 1, I think, is what people really focus on, and that is Big Sur."

RELATED: Cultural diversity - one of the Golden State's greatest assets

"When I first moved to California, I was told that Highway 1, from top to bottom, north to south, had never been open one continuous 365-day long period," California Coastal Commission Sr. Coastal Engineer Lesley Ewing, Ph.D. said. "I think since I've been here, I don't know that I've ever known of a period when it's been open the whole way. There are two types of erosion: There's the waterside erosion, which comes from waves hitting the shoreline or from fractures and such in the jointing of materials in the rocks. Then you've also got the land portion, which is where you've got soils that are stable enough to stay there for quite a while. But then something will happen to disturb them."

"The location of Rat Creek is downslope of last summer's Dolan Fire burn scar and during 17 inches of rain in three days we experienced a debris flow down this canyon of large trees, boulders and sediment," CalTrans District 5 Public Information Officer Kevin Drabinski said. "We lost both lanes here at Rat Creek. Caltrans entered into a $5 million emergency contract that Thursday night and we've been on-site seven days a week since that time working all daylight hours to try and affect a repair at this location. We're committed to repairing the roadway and making a fix at this location that will be in place for generations to come."

"Highway 1 is one of the few places in the entire United States where you can actually drive along literally the edge of the continent where two plates have collided," UC Santa Cruz Professor of Earth Science Gary Griggs said. "However, mountains don't stay up forever. It rains, they erode and that's what happened this year at Rat Creek. We do have this incredible combination of brainpower. Not that any of these things are going to be easy and if they were we would have done them a long time ago. These challenges are what many of us are to live for. Whether the solutions are temporary or permanent, we're going to probably do as well as anybody will here in California."