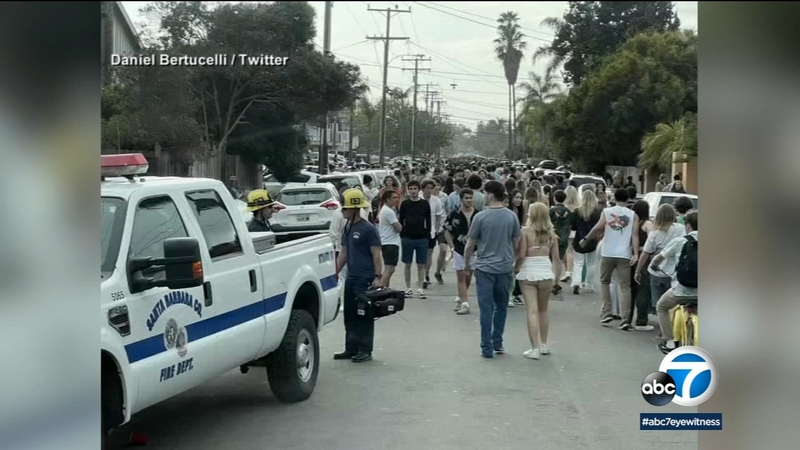 They had to shift to a triage system when a slew of medical calls poured in at the same time.

Most calls were drug and alcohol related, but three were for severe trauma due to falls, officials said. Many of the balconies were overcrowded with partiers.

SBC Fire has declared an MCI(multi casualty incident) associated with multiple medical emergencies including multiple severe traumas. These are associated with heavy crowds in Isla Vista for the unsanctioned beach party known as Deltopia. Many balconies are over crowded. pic.twitter.com/waS97QT382

Firefighters say they responded to about three dozen calls within a short time frame Saturday afternoon.

Bertucelli says the Santa Barbara County Fire Department has since rescinded the multi-casualty incident declaration as the volume of emergency calls "dropped to reasonable levels."