Search warrants were served at the homes of Elliot Rodger's parents to try to figure out why he went on a rampage.

Officials with the Santa Barbara County Sheriff's Department and the Bureau of Alcohol, Tobacco Firearms and Explosives spent about an hour in Woodland Hills, where Rodger's father lives. Agents would not comment as they carried a box from the home.

It was similar scene in West Hills that afternoon, as the same investigators searched the home of Rodger's mother.

The goal was all the same: Try to learn more about why the 22-year-old man went on a deadly stabbing and shooting rampage.

Rodger referred to Friday's killing spree as his "Day of Retribution." He spelled out his intentions in a seven-minute long video posted online.

He also wrote about it in a 137-page manifesto, filled with his hatred for beautiful women and the males they chose to be with.

"Sometimes I don't want to hang out with him, because he's so depressing," said Andi Chan, a friend of Rodger's.

Chan says he and other friends tried to get Rodger to look at the positive things in his life, but pretty much accepted him as a generally angry person. Never, they say, did they see any red flags that he would erupt in violence.

"We watched a movie with a group of friends, it's called, 'Chronicle.' After the movie he told me that, 'Oh, I want to dominate the world,'" Chan said.

"I think he was probably a victim of, from my understanding, of bullying throughout his life. I'm sure that had played a role in the terrible consequences," said Alan Shifman, attorney for Rodger's father, Peter.

Shifman says Rodger first encountered bullies his first year of high school at Crespi Carmelite in Encino, and then later when he transferred to Taft High School.

Rodger mentioned both schools in his manifesto.

"On my very first week (at Crespi), I had my first experience of true bullying," Rodger wrote. "Some horrible Twelfth Graders saw me as a target because I looked like a ten year old and I was physically weak. They threw food at me during lunchtime and after school."

Shifman says the Rodger family knew for years that Elliot had psychiatric problems and sought help for him all along.

"This child was being treated by multiple professionals. The child was diagnosed at an earlier age of being a highly functional Asperger's Syndrome child," said Shifman.

Rodger's mother has lived at her home in West Hills home with Rodger's sister for less than a year. Neighbors told Eyewitness News that Rodger would visit them, and even wash his car there.

Around 11:30 p.m. Friday, neighbor Victoria Kessel realized something was wrong, but had no idea it was linked to the killing spree in Isla Vista.

"The daughter had her two friends over there and they were walking out and then they hugged her and said 'Oh my gosh, I'm so sorry.' I thought it was boyfriend stuff," Kessel said.

In the manifesto, Rodger blames women for shunning him, saying they were the reason he was a virgin at the age of 22. 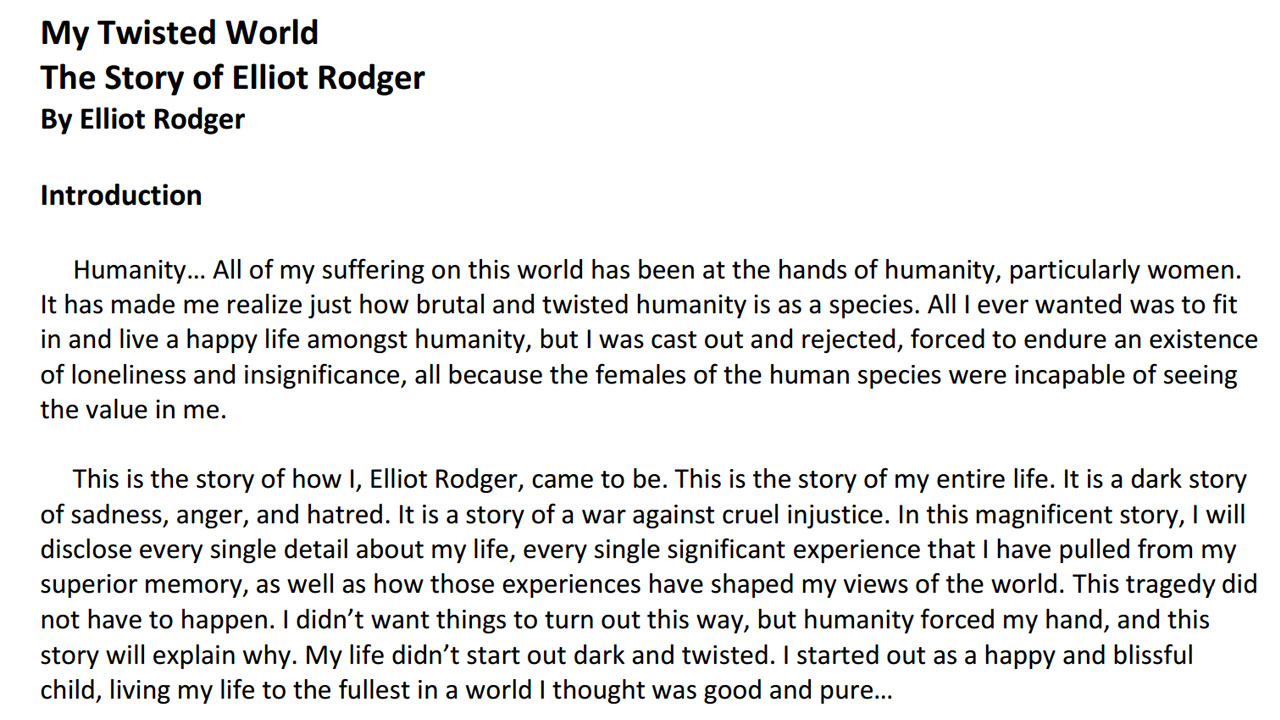 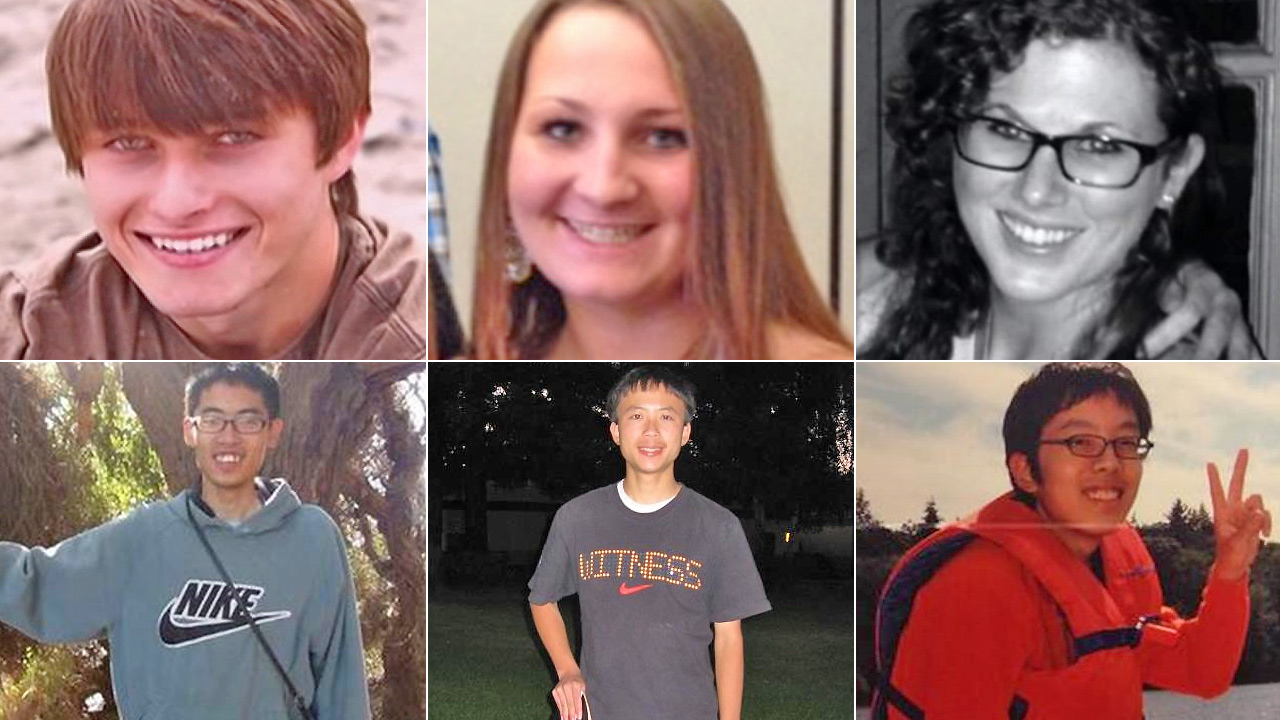 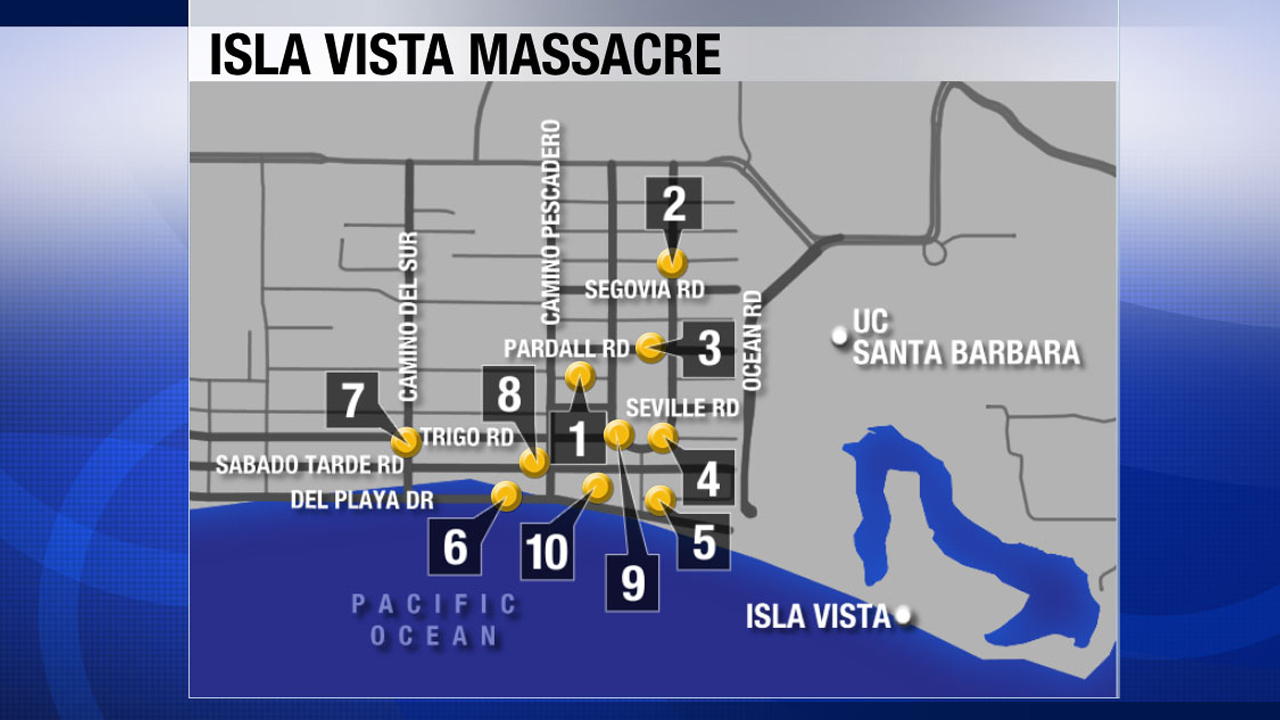 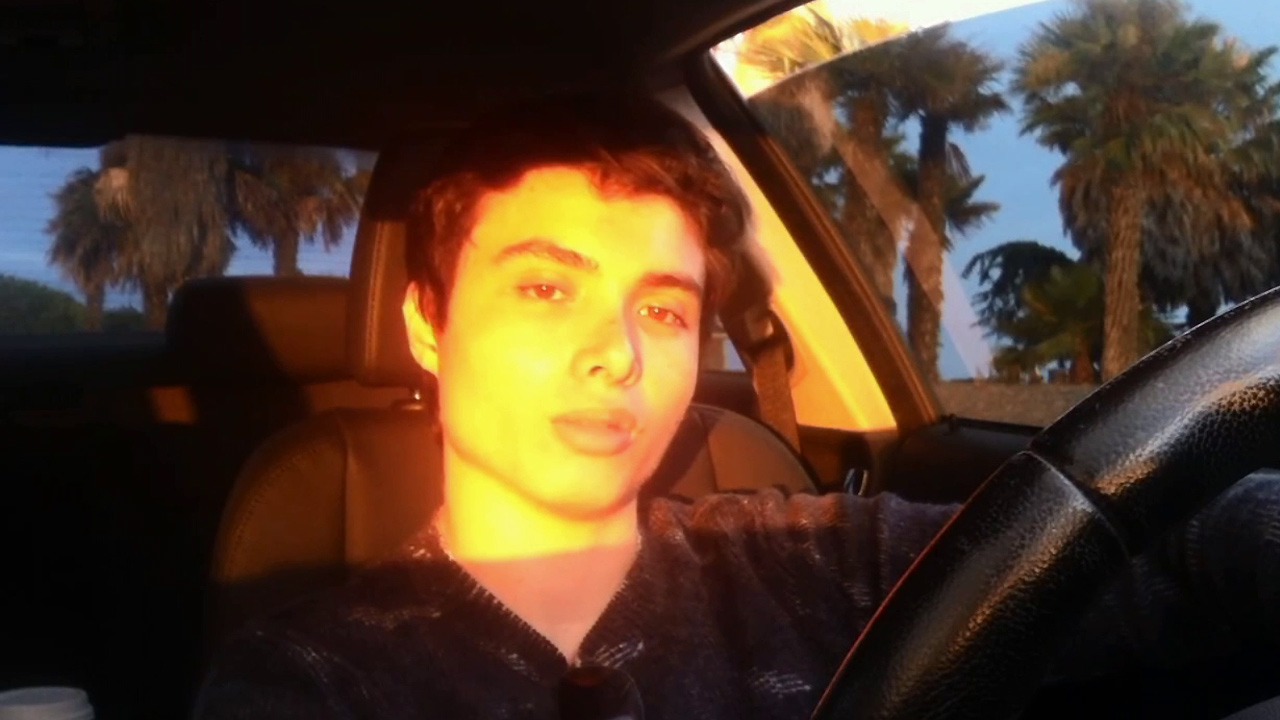