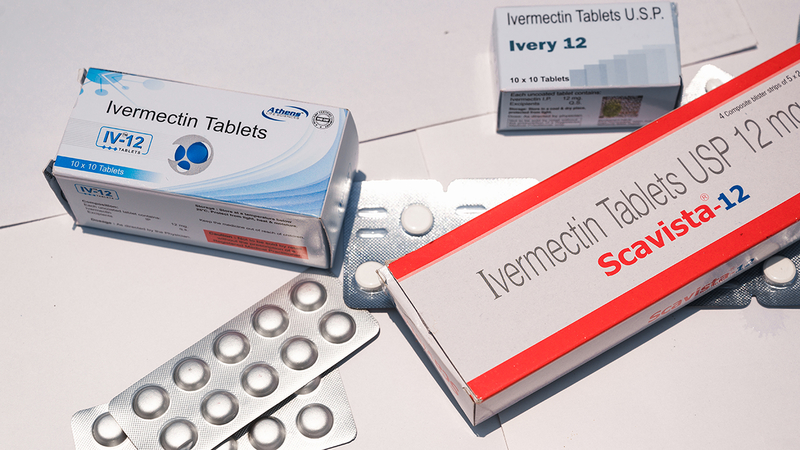 Firefighters warned not to use dewormer ivermectin to prevent COVID

JACKSON, Miss. -- Mississippi's poison control center has seen an increase in calls of people taking ivermectin, including versions of the deworming drug intended for livestock, to treat or prevent COVID-19, according to state health officials.

The Mississippi Health Department took to social media Friday to issue a warning about the phenomenon, which has been reported throughout the pandemic.

The Mississippi Health Department also issued an alert Friday to health care providers in the state regarding the increase in poison control calls due to potential ivermectin toxicity.

"At least 70% of the recent calls have been related to ingestion of livestock or animal formulations of ivermectin purchased at livestock supply centers," stated the alert, which did not specify the number of total calls.

The warning comes as Mississippi is experiencing record COVID-19 cases and hospitalizations, and intensive care units are nearing capacity. Mississippi currently has the highest COVID-19 case rates in the country and the second-lowest vaccination rate, according to recent data from the U.S. Centers for Disease Control in Prevention.

Ivermectin can be deadly in large doses. Most callers to Mississippi's poison control center had mild symptoms, though one person was advised to seek further care "due to the amount of ivermectin reportedly ingested," according to the alert.

Earlier this week, state health officials said they knew of at least one person in Mississippi who was hospitalized due to ivermectin-related toxicity.

"I think some people are trying to use it as a [COVID-19] preventative, which I think is really kind of crazy, so please don't do that," Mississippi State Health Officer Dr. Thomas Dobbs said during a press briefing Wednesday.

"You wouldn't get your chemotherapy at a feed store. I mean, you wouldn't treat your pneumonia with your animal's medication," he continued. "It can be dangerous to get the wrong doses of medication, especially for something that's meant for a horse or a cow. We understand the environment we live in, but it's really important, if people have medical needs, go through your physician or provider."

Back in March, the FDA warned against using "unconventional treatments," such as ivermectin, that aren't approved or authorized by the agency to treat or prevent COVID-19, saying they can "cause serious harm."

The warning came following "multiple reports of patients who have required medical support and been hospitalized after self-medicating with ivermectin intended for horses," the FDA said in a consumer update.

The high doses in ivermectin products for animals "can be highly toxic in humans," the FDA warned. Versions of the drug approved for humans could also interact with other medications, and people could overdose and potentially die, the agency said.