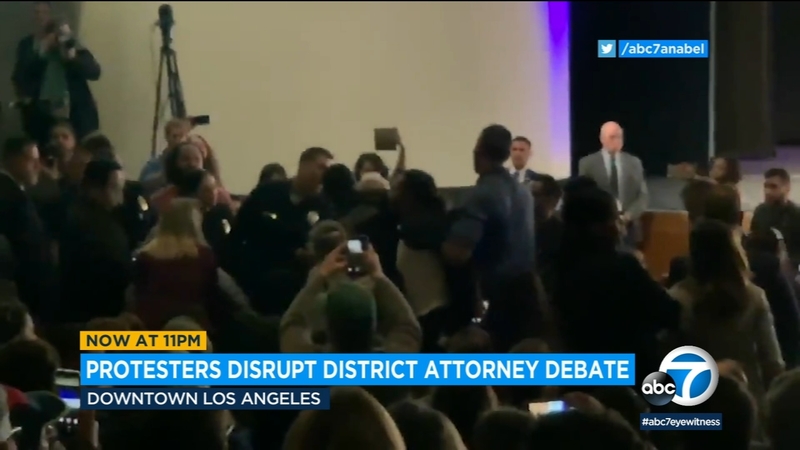 DOWNTOWN LOS ANGELES (KABC) -- A protest broke out during a debate Wednesday for the Los Angeles County district attorney race.

Protesters interrupted incumbent Jackie Lacey while chanting "Jackie Lacey must go." The protest broke out during the candidate's response to the incarceration rate of people of color.

At least two people had to be removed from the audience at the Aratani Theatre in Downtown Los Angeles.

Lacey did not participate in last month's debate, making Wednesday the first time all candidates appeared on the same debate stage.

George Gascon, Democrat and former district attorney for the city and county of San Francisco, and Rachel Rossi, a former public defender, are both vying for the seat. The race for county district attorney is being described as one of the most important in the country.

The primary is March 3, and early voting begins on Feb. 3.

The Los Angeles County Democratic Party endorsed George Gascón over incumbent Jackie Lacey in the race for the county's next district attorney.