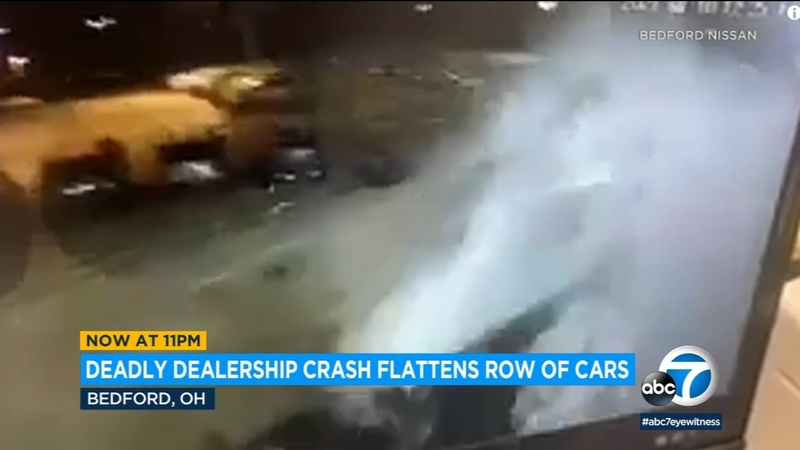 BEDFORD, Ohio (KABC) -- A speeding car flew off the road, causing a violent and deadly crash that wiped out a row of vehicles at a Nissan dealership in Ohio.

The crash was caught on surveillance camera, showing the car lifting off the road and tumbling over the roofs of vehicles at the Bedford Nissan dealership.

The impact was so powerful, it dislodged the car's engine, depositing it on top of one of the smashed dealership vehicles.

The crash happened Saturday around 11:30 p.m. Officials say the driver, Janelle Black, 28, of Cleveland was traveling at high speed when she lost control and the vehicle flew off the road, barreling into the dealership lot.

Black was declared dead at a nearby hospital.