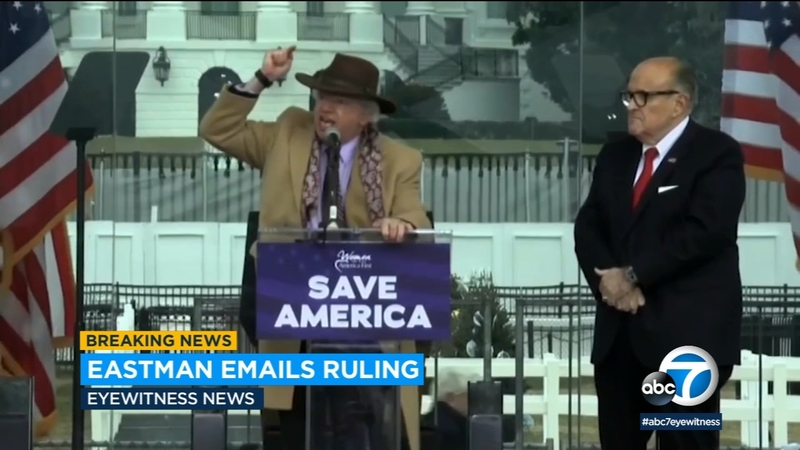 The committee says there are more than 19,000 Eastman emails they want to look at.

Eastman was one of the speakers at the Jan. 6, "Stop the Steal" rally that immediately preceded the attack on the Capitol.

It was later revealed that Eastman drafted a memo outlining how, then Vice President Mike Pence, could toss out electors from Several states. It was advice that Pence rejected as unconstitutional.

A number of legal experts have since cited the Eastman memo as evidence of a coup plot to overturn President Joe Biden's election victory.

The Supreme Court is allowing the release of Trump's presidential documents sought by the committee investigating the Jan. 6 insurrection.

Eastman sued to stop the Jan. 6 committee from accessing his Chapman University emails, but federal Judge David O. Carter ruled against him.

The ruling means the committee will eventually be able to obtain communications that Eastman and Trump shared with others about the election.

Eastman resigned from his position at Chapman University in the days following the insurrection.