Journey to Japan: An exclusive look at a country pulling off the Olympics during pandemic 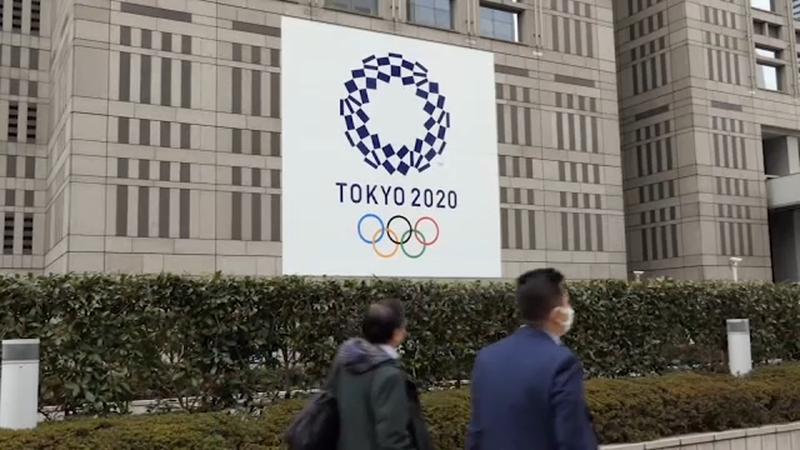 Journey to Japan: Exclusive look as country prepares for Olympics

Countless times, my journey leads me to a story. This time, the journey is the story.

This was my first time on a plane since our world suddenly changed, and we learned how fragile life really is. We headed to Japan, a country that finds itself in a challenging place, hosting the Olympics as the Delta variant rages around the world.

Just to get on the plane, we have to have a negative COVID test, and when we land, we are tested again, immediately. At the airport, we were interviewed, repeatedly, filled out multiple forms and tracking apps were placed on our phones. It took just under four hours to be released, and we found ourselves in an airport that was empty.

We quarantined in a hotel room. Dylan, my photographer, converted his room into a studio for Zoom interviews, while mine was used for breakfast, lunch and dinner. We were only allowed room service except, once a day, we were driven to the hospital for a COVID test. Multiple times a day, we were called or texted to check on our location.

I talked to Secretary Makoto Shimoaraiso, Japan's COVID expert, who shows me the numbers. In the first week of July, Japan's infection rate was eight positives per 100,000 - a crisis.

What's interesting, the U.S. simultaneously was more than three times worse, yet we were maskless at full capacity, celebrating, while Japan was declaring a state of emergency. Even more striking, our death rate is 16 times higher than Japan's, even though they have an extremely high elderly population.

What I found surprising is that they don't order lockdowns due to "private rights." They simply ask citizens to follow the rules - and they do. Here, COVID has not been politicized. Leaders are trusted. Rules are respected - and catastrophe avoided.

Japan's biggest hurdle has been vaccinations. Supply delivery problems plagued the country early on. Upon my visit, only 13 percent of the population had been vaccinated. But it's moving fast now.

"Anywhere from 1.2 to 1.4 doses are going on, so it's much faster than anyone anticipated," said Minister Taro Kono, head of vaccinations.
Kono is in charge of Japan's vaccination program and is optimistic for the fall.

"By then I think COVID-19 should be taken care of, and we can open up the economy again," he said.

It can't come soon enough. Yumi Kume runs a taxi business that specializes in tours, including exploring the work of Olympic architect Kengo Kuma. Her business would likely be exploding, but COVID changed everything.

"It's totally different. Normally it's so busy you can't even see the floor. But today, amazingly, empty, which actually worries me," Kume said.

At the Senso-Ji temple, it's usually bustling with shoppers and tourists, but now businesses that have been here for generations are closing.