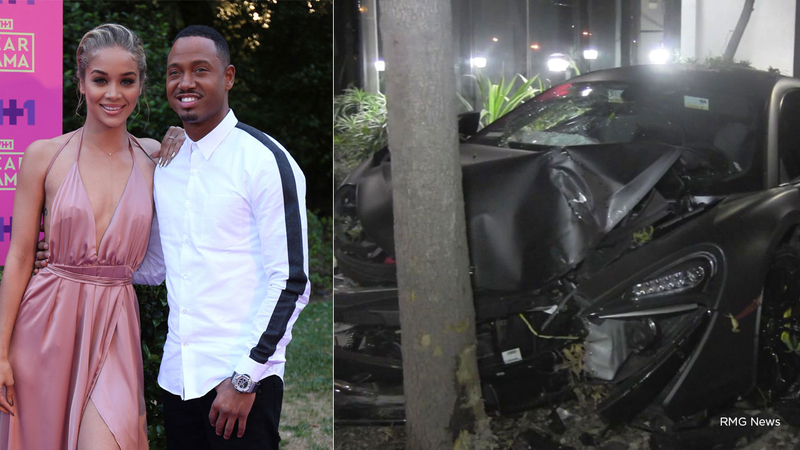 STUDIO CITY, LOS ANGELES (KABC) -- Eyewitness News has learned model Jasmine Sanders and actor Terrence Jenkins are believed to have been involved in a crash in Studio City while in a McLaren high-performance sports car.

The crash happened at about 12:30 a.m. Tuesday on Ventura Boulevard, just west of Vineland Avenue.

The vehicle sheared a parking meter and set off a fire hydrant before crashing into a tree. The window of a business was smashed in the incident.

Eyewitness News learned that Sanders was driving the car and Jenkins, her boyfriend, was in the passenger seat. The vehicle is registered to Jenkins.

Witnesses said that after the accident, the couple left the scene in an Uber car.