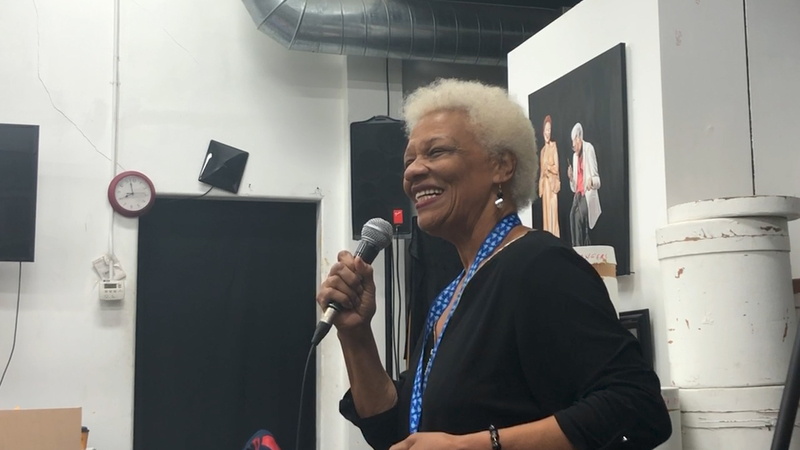 LEIMERT PARK, LOS ANGELES (KABC) -- "She is like a pillar in the jazz and blues community," Zhania Preston said about local jazz singer Barbara Morrison. "Through all of her music, through all of her livelihood that she produces. She's bringing history."

"Hello, my name is Barbara Morrison and I'm from Romulus, Michigan, outside of Detroit," Morrison said.

Morrison has had jazz and blues in her soul for as long as she can remember. She's performed with legends such as Ray Charles and Etta James. She's even appeared in a televised tribute to Ella Fitzgerald with Stevie Wonder and Chaka Khan.

She says at just five years old she was already trying to learn as much as she could about the music.

Morrison's career was cut short when she was diagnosed with diabetes. She had to have both her legs amputated, but that didn't stop her love for music.

She opened the Barbara Morrison Performing Arts Center and then, the California Jazz and Blues Museum.

"I had to do something to show the children that live in this area, that these were important people," Morrison said.

The California Jazz and Blues Museum opened back in April of 2016. It's home to Ella's Pub on Monday nights and it houses photos and art of well-renowned jazz and blues musicians.

"This place right here is so monumental," Preston said. "There's so many artifacts, so many portraits that have been hand painted, that're originals, some are copies."

"Everybody should know how music has grown as far as jazz and blues, general manager Timothy Morganfield said. "Even with the youngsters. Even hip-hop is jazz and blues."

Morrison still performs and she says she has no intentions of slowing down.

"I still go on the road," Morrison said. "But not as much as I used to. I still feel that there's room for people like me to keep the flame burning."