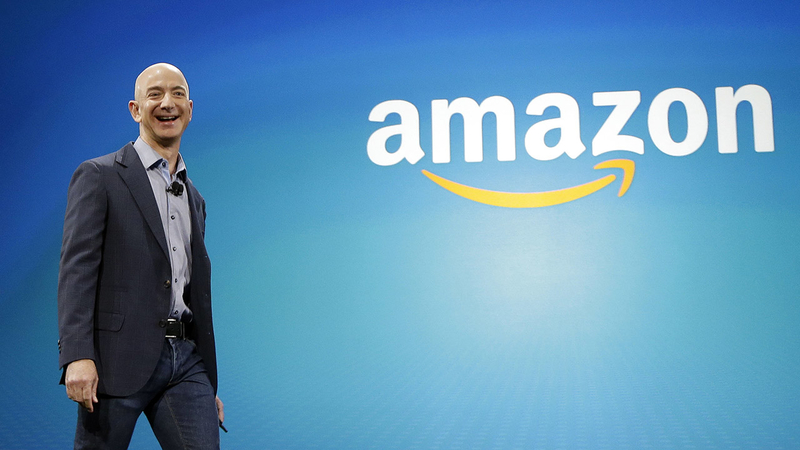 Amazon founder Jeff Bezos briefly overtook Bill Gates as the richest person in the world, according to Forbes.

Here are five lesser known facts about Bezos, the newly minted richest person in the world:

He was born in Albuquerque, New Mexico
Bezos was born on January 12, 1964. He lived in Albuquerque with his mother, Jacklyn Gise Jorgensen, and his stepfather, Mike Bezos, until he was a teenager. His family moved to Miami where Bezos attended high school.

Amazon was almost named "Cadabra" and "Relentless.com"
When Bezos first sought to create the world's largest online bookstore, he almost named his company "Cadabra" after the magical term. He was convinced by Amazon's first lawyer to stay way from the name because it sounded too similar to "Cadaver." Bezos was also interested in the name Relentless.com before settling on Amazon. Today, Relentless.com leads to Amazon.

He was Time Magazine's Person of the Year in 1999

At the height of the dotcom boom, Bezos was named 1999 Person of the Year with the sub headline "The fast-moving Internet economy has a jungle of competitors...and here's the king"

He has owned The Washington Post since 2013
Bezos purchased The Post for $250 million after the newspaper was locally controlled for 80 years by the Graham family. Bezos is reportedly not involved in the editorial direction of the newspaper, but has pushed The Post to be more digitally minded.