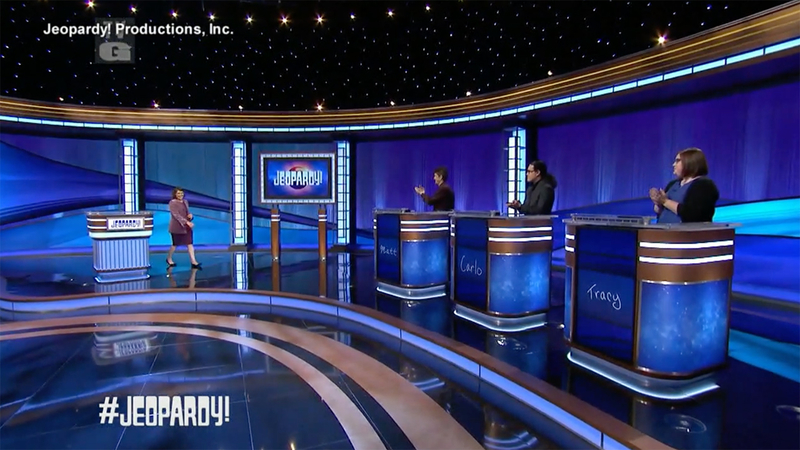 Mayim Bialik speaks out on reaction to Mike Richards stepping down

Matt Amodio's historic run on 'Jeopardy!' came to an end on Monday, but not before recording the second-longest winning streak in the game show's history.

The Yale doctoral student finished with 38 wins and more than $1.5 million in prize winnings.

Before that, he became only the third person to surpass $1 million in earnings during non-tournament play on the syndicated game show.

"This was beyond my wildest dreams going in," he said. "I knew it was a possibility, but I thought it was a very remote possibility, and to have it actually happen is unbelievable."

Amodio sits only behind Ken Jennings on the show's all-time consecutive wins list. Jennings had 74.

Amodio became known for starting all of his questions with "What's..." instead of using suitable alternatives such as "Who is...," an unorthodox approach that made some longtime viewers groan.

But it was within the quiz show's rules and, as Amodio explained, helped him limit any "unnecessary moving parts" that might undermine his effectiveness.


The contestant's run even garnered the praise of Connecticut Governor Ned Lamont.

"Second-longest winning streak in Jeopardy history. You did Connecticut proud Matt Amodio! You're a great sport and fun to watch," Lamont tweeted on Monday.

Second-longest winning streak in @Jeopardy history. You did Connecticut proud, @AmodioMatt! You're a great sport and fun to watch. https://t.co/BA9lCUPVh1