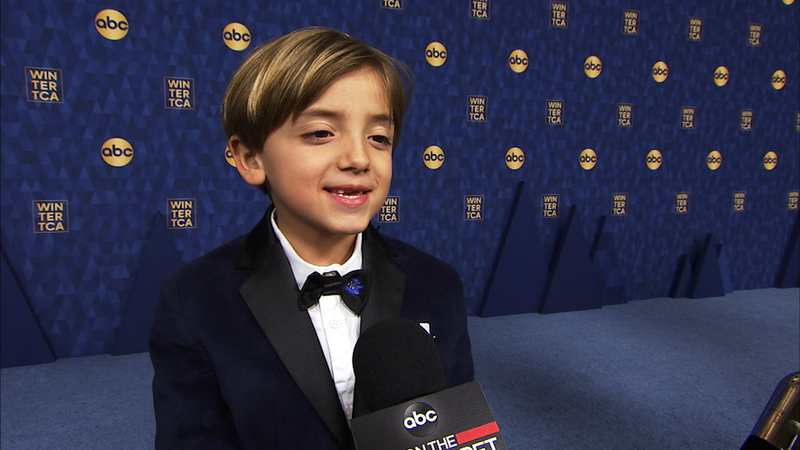 LOS ANGELES -- Jeremy Maguire's role as the adorable Joe Pritchett on the ABC smash hit comedy, 'Modern Family' may be coming to an end when the show finishes up its 11th season this year, but who cares when you're as smart as he is?

The 8-year-old revealed to On The Red Carpet recently that he not only knows the longest word in the dictionary, but also how to spell it.

"I can spell the longest word in the dictionary and I know it," Jeremy told On The Red Carpet.

Jeremy was just one of many ABC stars walking the red carpet at the ABC Television Critics Association Winter Press Tour in Los Angeles last week.

Also amongst the stars attending the event, 'Jeopardy Greatest of All Time' contestants Ken Jennings, James Holzhauer and Brad Rutter took time to talk to On The Red Carpet. We asked the "greatest of all time" champions if they knew the longest word in the dictionary and how to spell it. Ken Jennings drew a blank, James Holzhauer got it wrong and although Brad Rutter knew the answer, he declined to attempt to spell it.

Jeremy Maguire on the other hand proudly spelled the word for On The Red Carpet and gave its definition.

In case you're wondering, the word is pneumonoultramicroscopicsilicovolcanokoniosis.