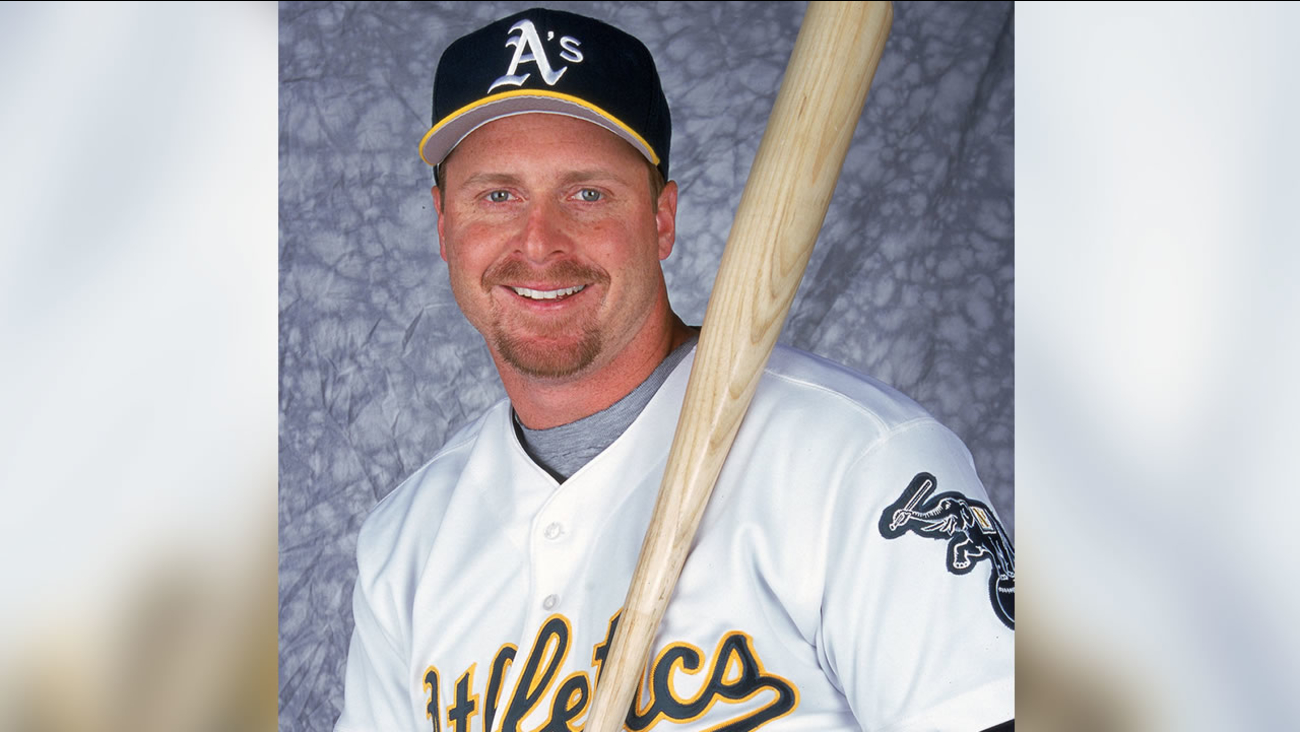 OAKLAND, Calif. -- Former MLB player Jeremy Giambi died Wednesday at his parents' home in Southern California, according to a statement from agent Joel Wolfe. He was 47.

No cause of death was immediately provided.

The Oakland A's - a team Giambi played for - tweeted a statement saying in part, "We are heartbroken to learn of the passing of a member of our Green and Gold family, Jeremy Giambi."

We are heartbroken to learn of the passing of a member of our Green and Gold family, Jeremy Giambi. We offer our condolences to Jeanne, Jason, and his family and friends. pic.twitter.com/sBSEyRb2z4

Giambi spent six seasons in the majors, including a stint in Oakland with his older brother, Jason. He also played for the Kansas City Royals, Philadelphia Phillies and Boston Red Sox. He last played for Boston in 2003.

Giambi was part of the 2002 Athletics team, whose season was chronicled by author Michael Lewis in the 2003 bestseller "Moneyball."

He was traded during that season to the Phillies for John Mabry.