A pilot landing an American Airlines jet at LAX reported a bizarre and close encounter.
KABC 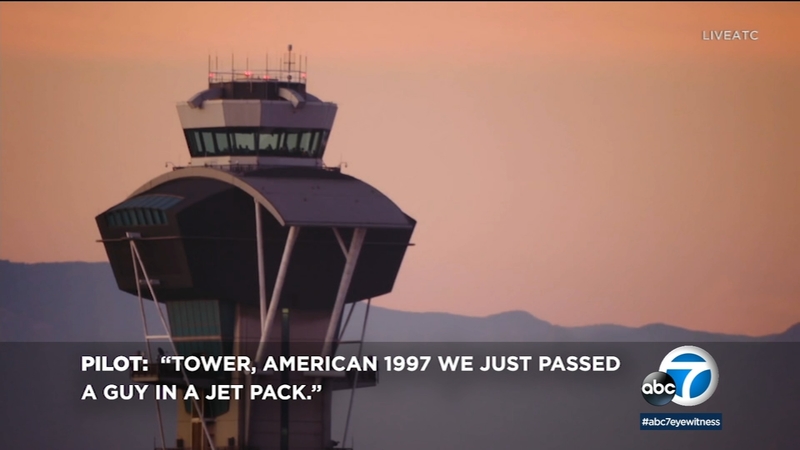 The pilot called air traffic control to report a man wearing a jetpack flying near the plane.

Pilot: "Off the left side, maybe 300 yards or so, about our altitude."

The jet was flying at an altitude of 3,000 feet at the time of the encounter.

The tower then warned other approaching flights to be on the lookout for a man in the jetpack.