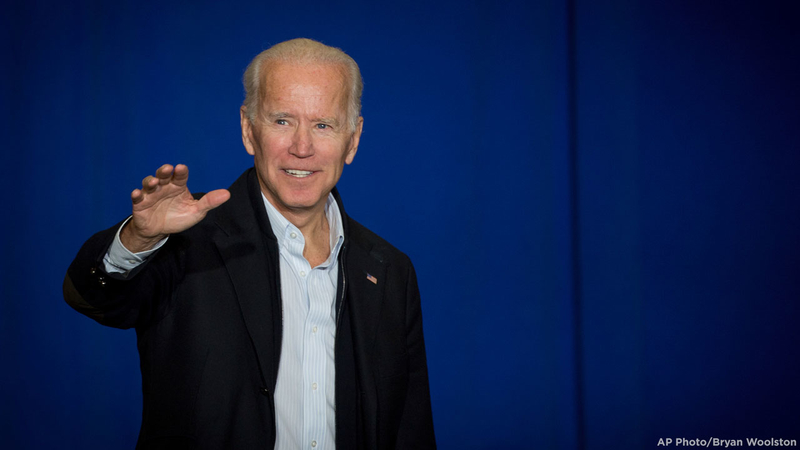 After months of speculation, former Vice President Joe Biden has officially joined those vying to become the Democratic candidate for president in 2020.

Biden launched his campaign in a dramatic video that called the election a "battle for the soul of this nation," a phrase he used throughout the 2018 midterms.

In the video, Biden spoke directly to President Donald Trump's comments following the 2017 violence in Charlottesville.

"President Obama has long said that selecting Joe Biden as his running mate in 2008 was one of the best decisions he ever made," the statement reads. "He relied on the Vice President's knowledge, insight, and judgment throughout both campaigns and the entire presidency. The two forged a special bond over the last 10 years and remain close today."

A source familiar with Obama's thinking told ABC News it's unlikely he will make a formal endorsement early on in the process.

Biden's first event as a candidate will be in Pittsburgh on Monday. ABC announced that Biden's first television interview as an official candidate would be on The View on Friday. In addition, Good Morning America's Robin Roberts will sit down with the candidate and his wife, Jill Biden, next Tuesday.


Biden's candidacy largely settles the crowded and diverse Democratic presidential field at 20 candidates, including six women, five people of color and one member of the LGBTQ community. Biden is the most experienced politician in the race, and the second-oldest, after 77-year-old Bernie Sanders.

His high-profile, working-class background and connection to the Obama years would help him enter the race as a front-runner, though he faces questions about his age and whether his more moderate record fits with a party that has become more liberal.

He is also faced with allegations from women who said Biden made them feel uncomfortable in past interactions by touching them without their permission. Biden responded to those allegations in a video promising to be "more mindful about respecting personal space."

SEE ALSO: Who's running for president in 2020? List of possible Democratic candidates

Biden will look to organized labor for support early on. The largest firefighters union is preparing to formally endorse Biden this week, with group leaders saying they will be "investing" heavily in the former vice president's anticipated bid.

The board of the International Association of Fire Fighters will meet this week to vote on the endorsement. They plan to announce it publicly early next week, the Associated Press reported Wednesday.

IAFF represents 316,000 full-time firefighters across the U.S. Harold A. Schaitberger, the union's general president, said the group will help Biden raise money. It will also launch an outside group that is expected to be able to raise and spend unlimited sums supporting his candidacy.

Biden was born in Scranton, Pennsylvania, and his family moved to Delaware in 1953. After graduating from Syracuse Law School, Biden served on the city council in New Castle, Delaware. At age 29, he was elected to the U.S. Senate, where he represented Delaware for 36 years.