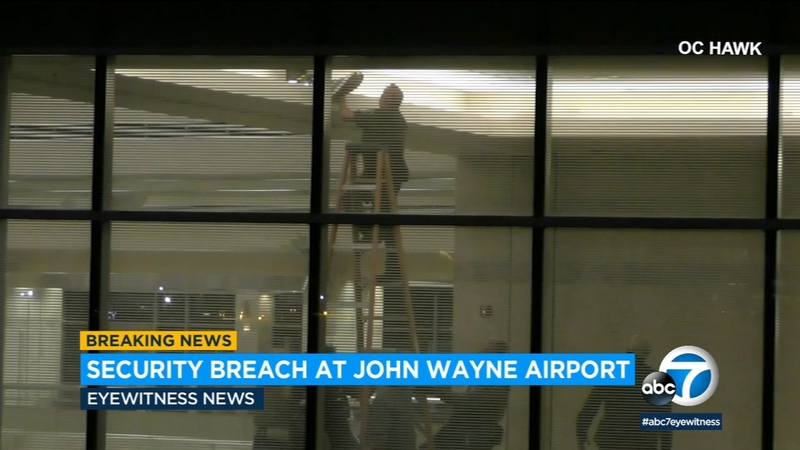 SANTA ANA, Calif. (KABC) -- The suspect that prompted Orange County's John Wayne Airport to be placed on lockdown Friday night, temporarily halting all air traffic in the area, has been arrested.

That man somehow breached airport security and ended up on the tarmac, in a secure area where only airport employees should access, according to the Orange County Sheriff's Department.

Authorities say the suspect took control of an airport vehicle and drove it outside Terminal C - before he abandoned the vehicle and disappeared.

The lockdown put in place around 6 p.m. prevented planes from taking off and several could be seen lined up on the runway. Passengers outside the airport appeared to be sitting on the sidewalk as they waited for the lockdown to be lifted.

An Orange County Sheriff's Department helicopter was also hovering low over the runways. A police dog was also brought in to help with the search of the terminal area.

After a sweep of the airport, the suspect was eventually located inside an attic space of a terminal ceiling. Authorities talked him down and he was taken into custody.

The airport later tweeted that the terminal reopened and passengers were being processed at security checkpoints, though officials noted flight delays and cancellations were expected.