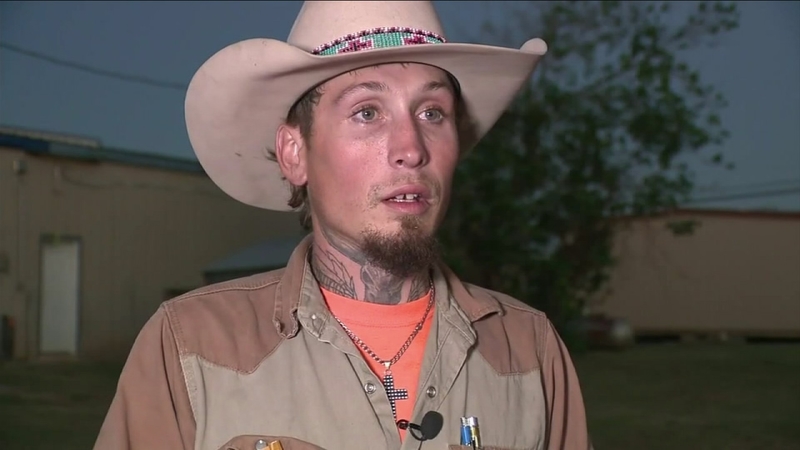 SUTHERLAND SPRINGS, Texas (KABC) -- For Johnny Langendorff, Sutherland Springs is more than just his hometown - it's his life.

So when a man with a rifle got into his truck Sunday and told him to chase a shooting suspect, he put his foot on the gas without hesitation.

It all started when Langendorff pulled up to the intersection right next to First Baptist Church, where a gunman opened fire and killed 26 people.

He said the suspect and an armed neighbor were in the middle of shooting at each other.

"The other gentleman came and he said we need to pursue him and he'd just shot up the church. So that's what I did. I just acted," Langendorff said.

Langendorff said the suspect got a head start, so they were going 95 mph and weaving through traffic to get to him. But the chase didn't last long.

"It's like he just gave up. He just kind of went off in the ditch, hit a hay bale from what I could see. Then, he just never moved after that. He didn't get out, he didn't try anything," he said.

He said it took police about 5 minutes to show up. During that time, they asked the suspect to get out and there was no movement or response.

Langendorff said he doesn't know when or how the suspect died, but is relieved the gunman didn't hurt anyone else.

"It was a horrible tragedy. But I hope the families affected can sleep a little better at night knowing that he was taken care of," he said.