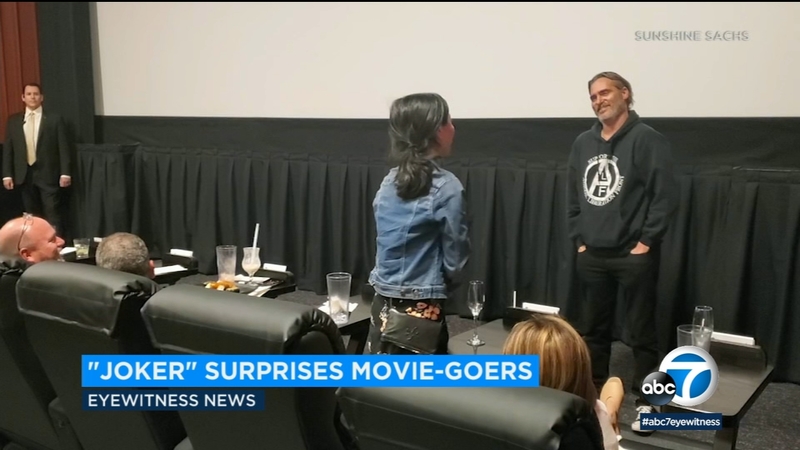 LOS ANGELES -- "Joker" has set a new record at the October box office, taking in an estimated $93.5 million in its first weekend in North American theaters.

And as it opened, the film's star, Joaquin Phoenix, surprised fans at a Los Angeles movie theater.

"I hope you liked it," Phoenix told the audience at the Alamo Drafthouse theater. "Don't tell me if you didn't but I feel like you did."

Dressed in a dark hoodie, Phoenix took time to meet with fans at the theater for multiple screenings, answer questions and snap a few selfies.

The highly anticipated R-rated film centers around the origin story of Batman's archnemesis.

Security concerns over the movie's violent themes have resulted in a number of theater chains banning costumes and authorities stepping up police patrols around theaters, but security concerns did not seem to keep audiences away for opening weekend.