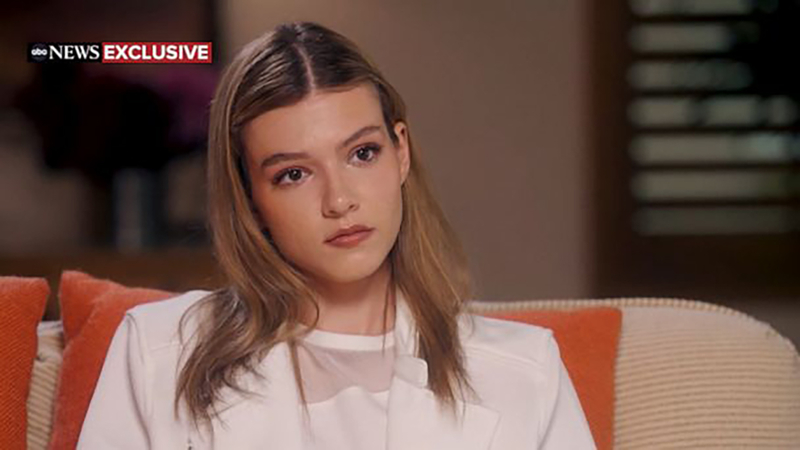 RIVERSIDE, Calif. -- Jordan Turpin placed the call shortly after making a decision that would change her family's lives forever.

The 17-year-old said her hands were shaking uncontrollably as she made the brave decision to dial 911 in 2018. She said it was one of the few times she had been outside in that Perris, California neighborhood.

"I was actually on the road," Turpin, now 21, said in an exclusive interview with ABC News' Diane Sawyer, "because I didn't even know about the sidewalks. You're supposed to be on the sidewalk, but I'd never been out there."

Jordan Turpin, and her eldest sibling Jennifer Turpin, are telling their story for the first time in an exclusive interview with Sawyer. They are the first of the 13 Turpin children to share their stories. In their interview, the Turpin sisters described years of their parents, David and Louise Turpin, beating and choking them and their siblings, some of whom were shackled to beds on and off for months at a time, and being deprived of food, hygiene, education and health care.

On Jan. 14, 2018, Turpin found the courage to make the call in an effort to help save her 12 siblings who remained in the house where their parents held them in captivity.

"I just ran away from home," Turpin is heard telling the 911 dispatcher. "And we have abusing parents."
The dispatcher asked Turpin during the call about how her parents abused them.

David and Louise Turpin, the Perris couple arrested in January 2018 for torturing most of their 13 captive children, were each sentenced to life in prison with the possibility of parole.

"They hit us," Turpin responded. "They like to throw us across the room. They pull out our hair. They yank out our hair. My two little sisters right now are chained up."

The dispatcher tracked Turpin's location from the GPS on her cell phone, and the call lasted about 22 minutes before a deputy arrived at her location. In less than two hours after Turpin placed the call, her parents were in handcuffs.

David and Louise Turpin are now in prison. They pleaded guilty to charges including torture and false imprisonment. In 2019, they were sentenced to 25 years to life.

One of the 13 children of David and Louise Turpin, the Perris couple arrested in January 2018 on torture charges, told her parents during their sentencing how her life has changed since being held captive.