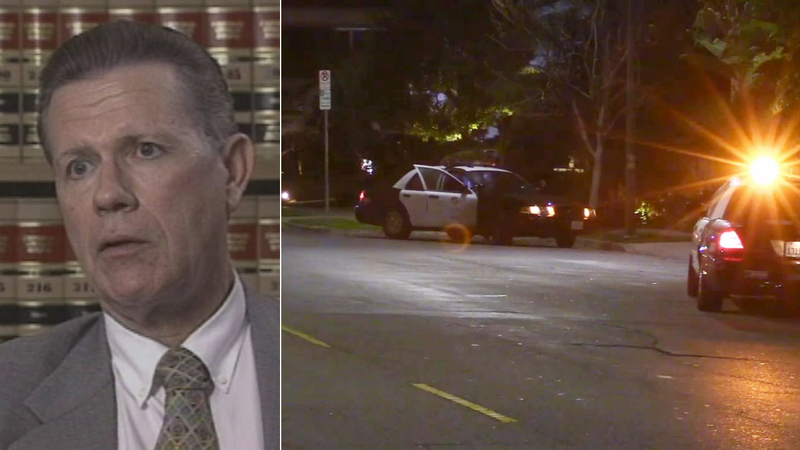 SAWTELLE, LOS ANGELES (KABC) -- A retired Los Angeles Superior Court judge was arrested on Thursday after he allegedly fired a weapon at officers during a standoff at his home in the Sawtelle neighborhood.

According to police, James Bascue called 911, saying there were armed men inside his home on South Barrington Avenue.

When officers arrived on scene, they saw Bascue sitting on the couch holding two guns. When the officers tried to communicate with him, he allegedly started to load the weapons. Instead of responding to the officers, Bascue apparently pointed a gun at his own head.

Police said they heard a round going off inside the house, and then Bascue fired another through the window at the officers.

SWAT was called in, but Bascue eventually gave up peacefully after talking to a neighbor who persuaded him to surrender.

Los Angeles police said Bascue was given a mental evaluation, but authorities decided against a 72-hour mental-health hold and arrested him instead.

He was booked on suspicion of assault with a deadly weapon on an officer. His bail was set at $100,000.

He was appointed to the bench in 1990 by then-Gov. George Deukmejian.

Bascue was honored in 2002 by the Judicial Council of California with its Jurist of the Year award.