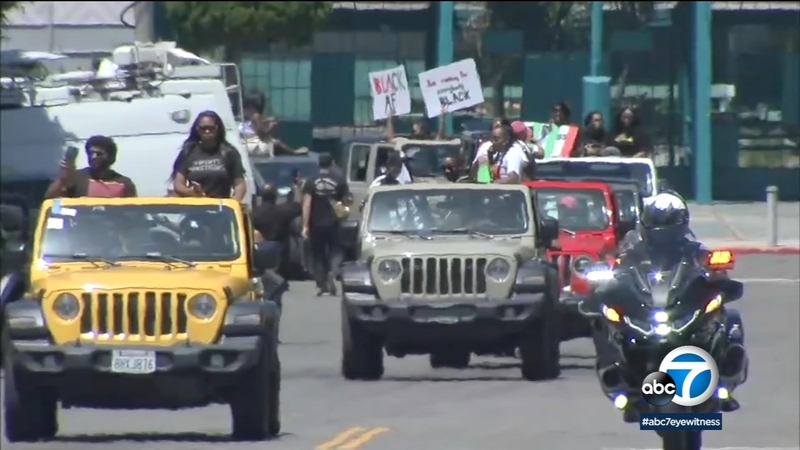 SANTA MONICA, Calif. (KABC) -- Sunday marked the second year Juneteenth is recognized as a federal holiday, and the celebrations were in full swing.

Juneteenth officially became a national holiday in 2021. It marks the day in 1865 when Union soldiers arrived in Galveston, Texas to order freedom for enslaved people, two and a half years after the Emancipation Proclamation.

On Sunday, many focused on learning about history and tackling racial disparities.

At Calvary Baptist Church, one of the oldest historically Black Baptist churches in Santa Monica, people came together for good soul food, a few a card games and speakers.

In Inglewood, people kept active at a double Dutch tournament with the Los Angeles Lakers and the L.A. Sparks.

The L.A. Rams served as Grand Marshal at the Big Inglewood Parade and Freedom Fest.

But Juneteenth is so much more than fun and festivities. It's about reflecting on a part of history and moving forward. Some say having the day federally recognized is an important step in the right direction

"When you put it on that larger stage, it lets people know this has extreme value," said Pastor Mack Mossett from Cavalry Baptist Church of Santa Monica. "There's still a lot of oppression and suppression, and segregation and separation. I'm a firm believer that love can overcome all of that, and we've got to start healing at some point."

In observance of the holiday, There will be many closures Monday, including schools, federal offices and banks.