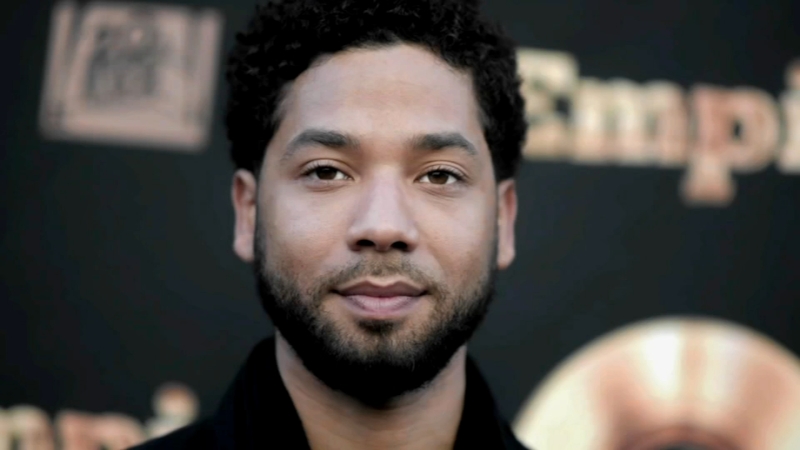 In his ruling Friday, the judge questioned Foxx's decision to appoint a deputy to oversee the Smollett case, saying that she did not have the authority to do so. The decision means that a special prosecutor could now decide to re-charge Jussie Smollett all over again, putting the actor back at square one.

The judge specifically mentioned the ABC7 I-Team for their report on a memo from Alan Spellberg, supervisor of the Criminal Appeals Division, sent to office brass. In the memo, Spellberg wrote, "My conclusion from all of these authorities is that while the State's Attorney has the complete discretion to recuse herself from any matter, she cannot simply direct someone (even the First Assistant) to act in her stead."

All charges against Smollett were dropped in late February in exchange for community service and forfeiture of his $10,000 bond payment. That decision is already under a separate review by the county's inspector general.

Retired State Appellate Judge Sheila O'Brien filed the petition for the special prosecutor and said this was a good day for justice.

"The most important thing, as the judge indicated, is that the confidence in our judicial system will be restored to all of us, that this case will be handled by someone who does not have a conflict," O'Brien said outside of court Friday.

As a concerned citizen, she petitioned the courts to appoint a special prosecutor to investigate Kim Foxx and her office's handling of the high-profile Smollett case. The petition cited Foxx's questionable recusal of herself from the investigation.

Judge Michael Toomin ultimately decided that Foxx had no authority to appoint an acting special prosecutor or successor to oversee her place on the case, writing that people realized it was a "recusal that really wasn't" and that Foxx's actions were an "exercise in sophistry."

The judge said in court that there was no master on the bridge to guide the ship as it chartered through unchartered waters, no duly elected state's attorney when Smollett was arrested, arraigned, or indicted, or when the charges were dropped, so a special prosecutor could re-prosecute.

"Now the process is back on track: A new lawyer, a new prosecutor will be appointed; a new person will look at it. And we hope that person will do the right thing," O'Brien said.

Kim Foxx responded in a statement, saying in part, "I respectfully disagree with the court's conclusion that, in the absence of any conflict, the appointment of a special prosecutor is required."

Foxx can appeal the decision.

Gloria Schmidt, the attorney for the two brothers who allegedly help Smollett stage the attack back in January, was in court and applauded the judge's decision to appoint a special prosecutor to look into this case again.

Smollett's legal team has not responded to a request for comment.

Chicago Police Department spokesman Anthony Guglielmi said in a statement, "We stand firmly behind the work of detectives in investigating the fabricated incident reported by Jussie Smollett & #ChicagoPolice will fully cooperate with the court appointed special prosecutor."

We stand firmly behind the work of detectives in investigating the fabricated incident reported by Jussie Smollett & #ChicagoPolice will fully cooperate with the court appointed special prosecutor. pic.twitter.com/bCDF0NYfzP

Last month, thousands of pages of the Smollett case records were released by Foxx's office after an open records request. The records include copies of search warrants, police investigative notes and official charges as well as communications between Smollett's attorneys and prosecutors prior to the charges being dropped.

Smollett had also reported a threatening letter sent to him on the "Empire" set containing a white powder, a week before the alleged attack. The letter was sent to an FBI crime lab for analysis, sources said, and experts believe Smollett could face federal charges for allegedly sending the letter.