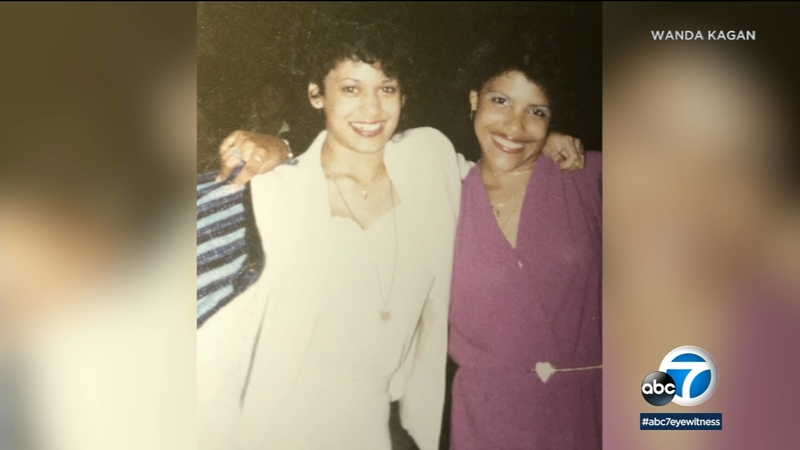 Although most people know that Vice President-elect Kamala Harris grew up near Oakland, few may know she went to high school in Canada. It was Harris' high school best friend who would have a profound impact on her choice of career, and that best friend talked to ABC7 about it.

Harris' path to the vice-presidential victory stage includes a significant stop in Montreal. Harris' mother moved her two daughters to Canada for a research job.

There, Harris met and became best friends with Wanda Kagan at Westmount High School. Kagan described the school's two new girls who had much in common.

"We were both from biracial families in a new school," she said in an interview. "We were trying to find our way, so the easiest way was finding it together."

The girls had a typical high school friendship, but Kagan was harboring a dark secret ... at the hands of her stepfather. She said, "I was being sexually molested and physically abused."
EMBED More News Videos

In September, with Kagan's blessing, then-candidate Harris shared the heartbreaking story on her Twitter feed. In that post, Harris said, "When I was in high school, I had a best friend who I learned was being molested by her father. One of the reasons I wanted to be a prosecutor was to protect people like her."

Their story flows seamlessly back and forth.

Kagan added her high school friend noted how sad she was at times and asked, "What's going on? And I told her. And she went into problem solving mode immediately."

Said Harris, "And so I said, as soon as she told me, you have to come stay with us."

"Listening to her tell the story, it was moving. It's exactly how it happened," Kagan said.

Kagan moved in with Harris and broke free of the abuse, but the friends lost touch after high school, until the "Oprah" show, profiling the then San Francisco district attorney in 2005. Kagan reached out and the best friends reconnected.

To show her love for the Harris family's help, Kagan named her own daughter after Harris' younger sister, Maya. Harris is extremely close with Maya, and Kagan's presence in high school meant Maya could not spend as much time with her beloved older sister. Naming her daughter after Maya was her way of showing gratitude.

Now back in touch, Kagan is speaking out to tell people about her high school best friend.

"What I want people to know and America to know is that they are getting the true Kamala," Kagan said. "They are getting an amazing person who is going to fight rights in the country and bring unity back, which is what we could use right now."
Report a correction or typo
Related topics:
politicschild abuseoprah winfreykamala harrissexually assaultu.s. & worldpoliticscanada
Copyright © 2021 KABC-TV. All Rights Reserved.
More Videos
From CNN Newsource affiliates
TOP STORIES