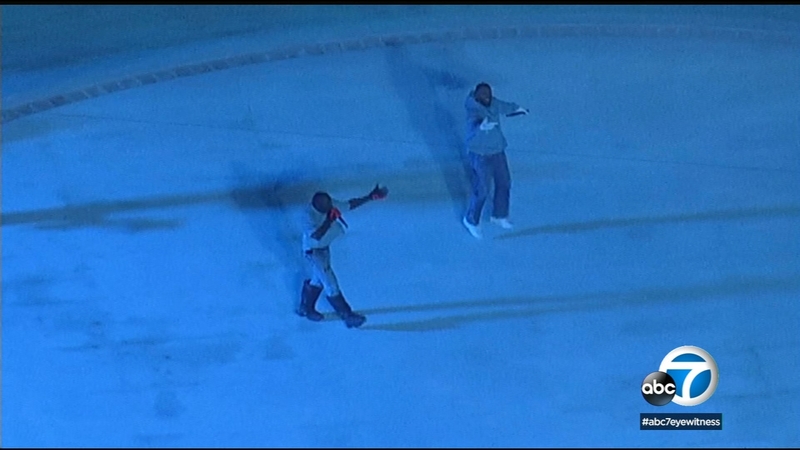 LOS ANGELES -- Kanye West hasn't given up hope of saving his marriage.

The hip-hop star made a public appeal to his estranged wife, Kim Kardashian, to "run right back to me" as he performed alongside Drake at the "Free Larry Hoover" benefit concert on Thursday night.

The event, which took place at Los Angeles Memorial Coliseum and was livestreamed on Amazon's Prime Video, was intended to raise awareness about prison and sentencing reform and, more specifically, the case of Larry Hoover.

West and Drake have been advocating for the release of the co-founder of Chicago's Gangster Disciples gang, who was convicted of murder in 1973 and is currently serving six life sentences at a supermax prison in Colorado.

During a performance of his song "Runaway," West decided to deviate from the concert's main message and launch a bid to win his wife back.

ABC's Deborah Roberts has more on Virgil Abloh, a leading fashion designer who died at the age of 41 on Sunday.

"I need you to run right back to me," West rapped, adding a new verse to the track. "More specifically, Kimberly."

The concert was West's first headline performance in five years, and his gesture prompted a huge reaction from the crowd.

Kardashian filed for divorce from West in February, seven years after the pair married in a lavish wedding in Italy.

The "Gold Digger" hitmaker's romantic declaration comes weeks after he made it clear he was still hoping for a reconciliation.

West, now legally known as Ye, opened up about the collapse of his marriage last month during an appearance on an episode of the podcast "Drink Champs."

Referring to Kardashian as his wife, he said: "I ain't never even seen the papers, we're not even divorced."

He added: "My kids want their parents to stay together. I want ... us to be together."

Kardashian is currently rumored to be dating "Saturday Night Live" comedian Pete Davidson, with a source close to Kardashian telling CNN that they are taking things slow.