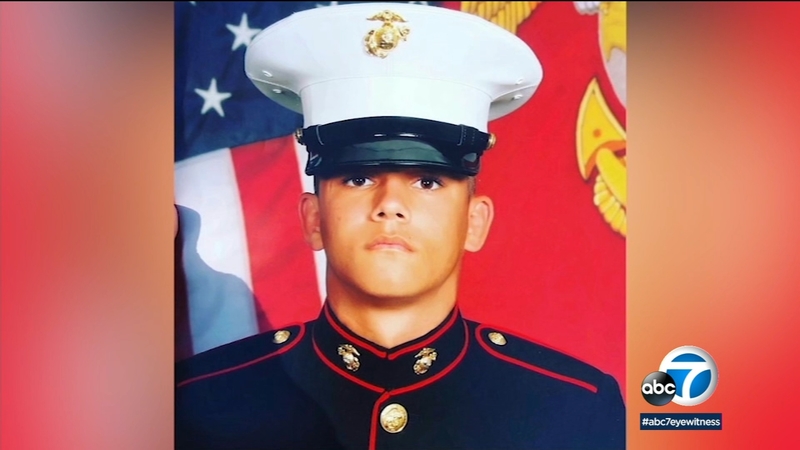 NORCO, Calif. (KABC) -- A memorial hike and a procession were held Sunday in honor of U.S. Marine Lance Cpl. Kareem Nikoui, a Norco native who was one of 13 American service members killed in the bombing attack on Kabul.

At the American Legion Post 328 in Norco, mourners showed up in the morning to support Nikoui's family.

"Everybody wants to do everything and anything they can do to help. We're a small community and everybody knows everybody," said Natalie George with the Norco American Legion.

In honor of Nikoui, the community gathered for a pancake breakfast, followed by a hike to Pumpkin Rock where people came with flags, Norco High School colors and heavy hearts for their hometown hero.

Nikoui's former high school teachers remember him as a good natured student with a singular goal.

At the top of the hill, a former ROTC cadet and friend of Nikoui played Taps for all the fallen.

A ceremony in the evening also honored Nikoui. A procession of golf carts, trucks and horses paraded down a local street as people waved American flags in tribute to Nikoui.

Nikoui, 20, was among the three Inland Empire Marines killed in the attack. Hunter Lopez, 22, of La Quinta, and Dylan Merola, 20, of Rancho Cucamonga, also died.

Several funds have been started to help the families of the Marines.

The family of Hunter Lopez requests that any who wish to make donations to honor his memory contribute to the Riverside County Deputy Sheriff Relief Foundation.

GoFundMe pages have been created in honor of Hoover, Merola, and Nikoui.