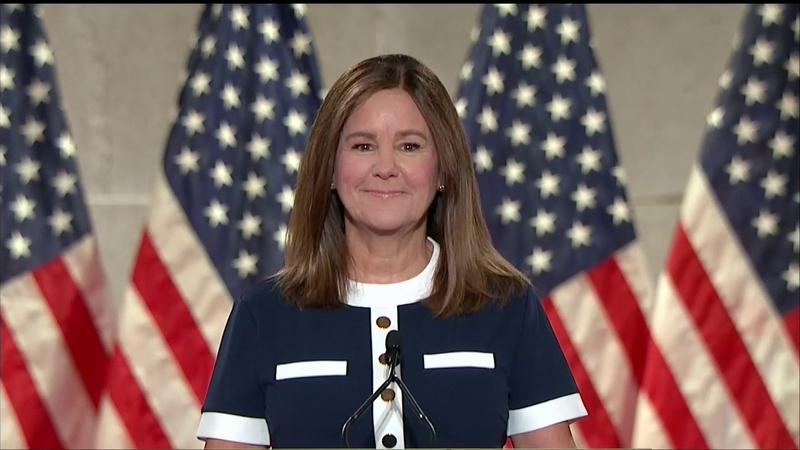 Karen Pence speaks at the RNC

WASHINGTON -- Before her husband closed out the evening, Karen Pence spoke at the Republican National Convention Wednesday night.

The second lady has been hitting the campaign trail on behalf of the president and her husband Vice President Mike Pence this year.

An evangelical Christian and former first lady of Indiana, Pence is seen as speaking particularly to suburban women and combined politics and faith into her remarks.

She joined several speakers this week in sharing a personal story that aims to convey the president's empathy.

Mrs. Pence shared stories about members of the military and how both her husband and President Trump have supported the U.S. Armed Forces and their families on a significant scale.

"Military spouses may experience...periods of being a single parent while their loved one is deployed, all while exhibiting pride, strength and determination, and being a part of something bigger than themselves," she said.