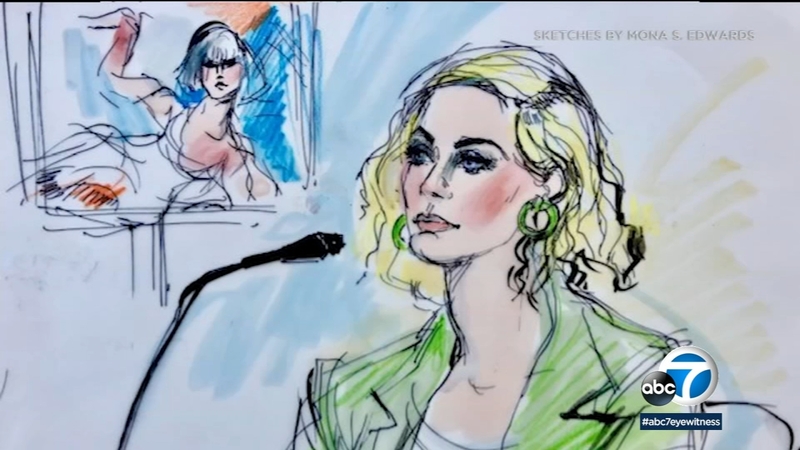 Marcus Gray, a Christian hip hop artist, wrote the song "Joyful Noise." He and his collaborators say Perry's song uses an instrumental phrase that is nearly identical to the one in "Joyful Noise."

But in her testimony, Perry described how her co-creators Dr. Luke and Cirkut brought her that beat, leaving open the door that they may have found the instrumental phrase in "Joyful Noise" without Perry's knowledge.

Also on the stand Thursday was Emmanuel Lambert Jr., who goes by the stage name Da Truth. He's one of the writers of "Joyful Noise." He explained how his song was a big hit in the Christian music world and was available to be heard on YouTube and other online platforms.

At one point during Perry's testimony her attorneys encountered a technical problem when trying to play audio of "Dark Horse." Perry offered a live performance, eliciting laughter throughout the courtroom.